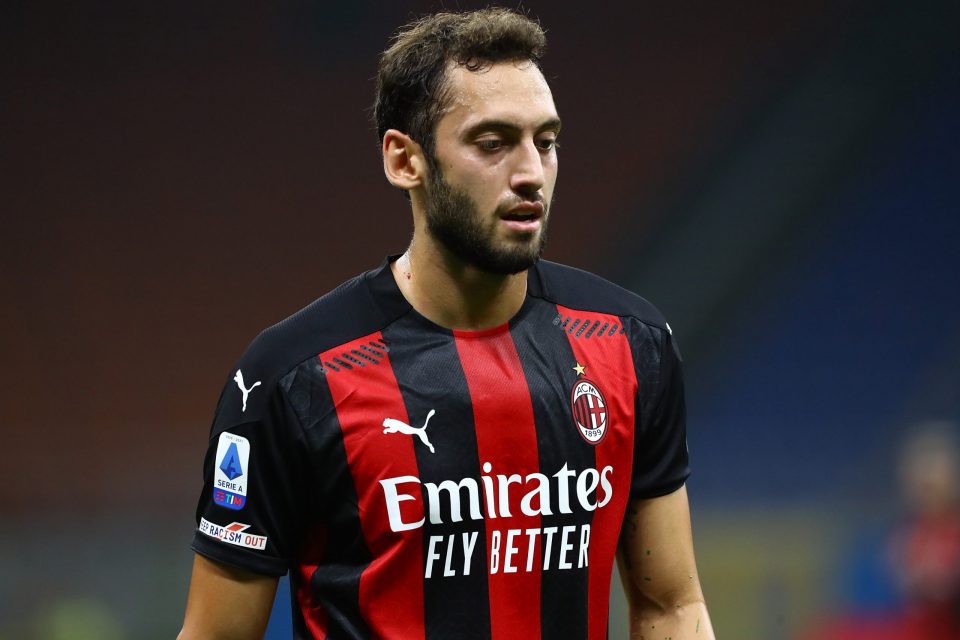 Juventus are currently ahead of Inter in the race to sign AC Milan midfielder Hakan Calhanoglu according to a report in today’s print edition of Italian daily newspaper Tuttosport.

The Turkish player is out of contract with AC Milan at the end of the season and Juventus believe Calhanoglu could be the perfect alternative to Aaron Ramsey.

There is reportedly some distance in contract talks between Calhanoglu and AC Milan and it remains to be seen if an agreement over a new deal will be found or not.

The report from the Turin based news outlet goes on to add that the Bianconeri club are also interested in another two players who Inter also have an interest in.

These players are Genoa’s Nicolo Rovella and Pescara’s Gabriele Zappa, the latter of which is a product of Inter’s youth academy. Rovella is meanwhile in a similar situation to Calhanoglu in that he is out of contract at the end of the season.