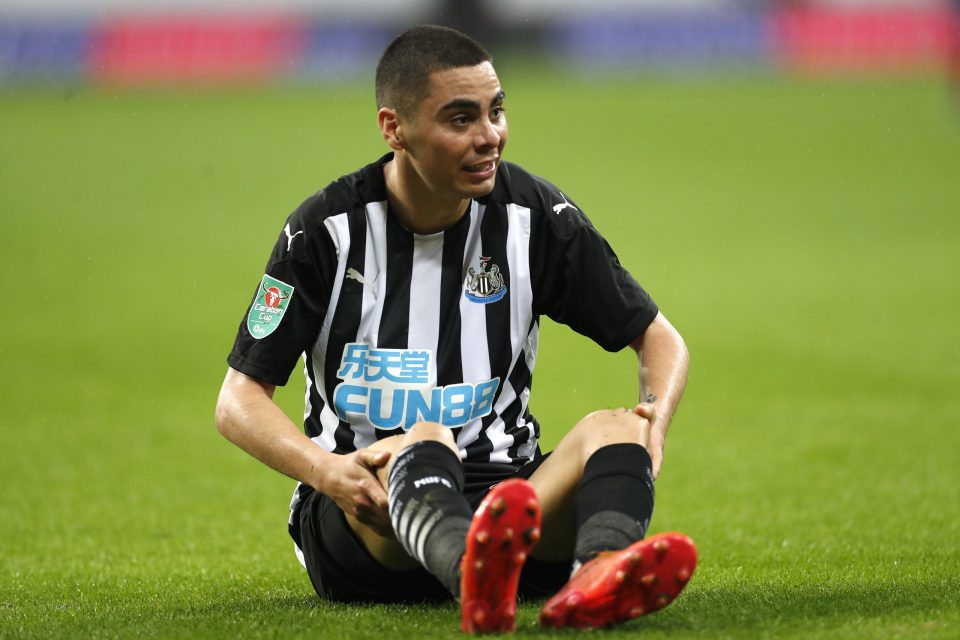 Daniel Campos, the agent of Newcastle United and Paraguayan national team midfielder Miguel Almiron has revealed that Inter have shown an interest in his client.

The 26-year-old, who has been with Newcastle United since January 2019 and is contracted to them until the end of the 2023/24 season, has drawn links to Inter in the past and Campos has implied that Inter have showed an interest again more recently although they are yet to act on their interest.

Before discussing Inter, Campos was quizzed on whether his client would have left Newcastle United in the Summer transfer window had it not been for the pandemic.

“It is impossible to know. Almiron is happy in Newcastle and when that time comes we will analyse it. Now his reality is Newcastle and qualification for the World Cup with Paraguay,” Campos explained in an interview with Europa Calcio, as quoted by Italian news outlet FCInter1908.it.

He was then asked about alleged interest in his client from Spanish giants Atletico Madrid: “At the moment it’s just rumours.”

As for Inter he said: “Inter have shown interest in Miguel Almiron, but no progress has been made.”

This season Almiron has made 10 appearances across all competitions to date, in which he has scored one goal and tallied three assists.