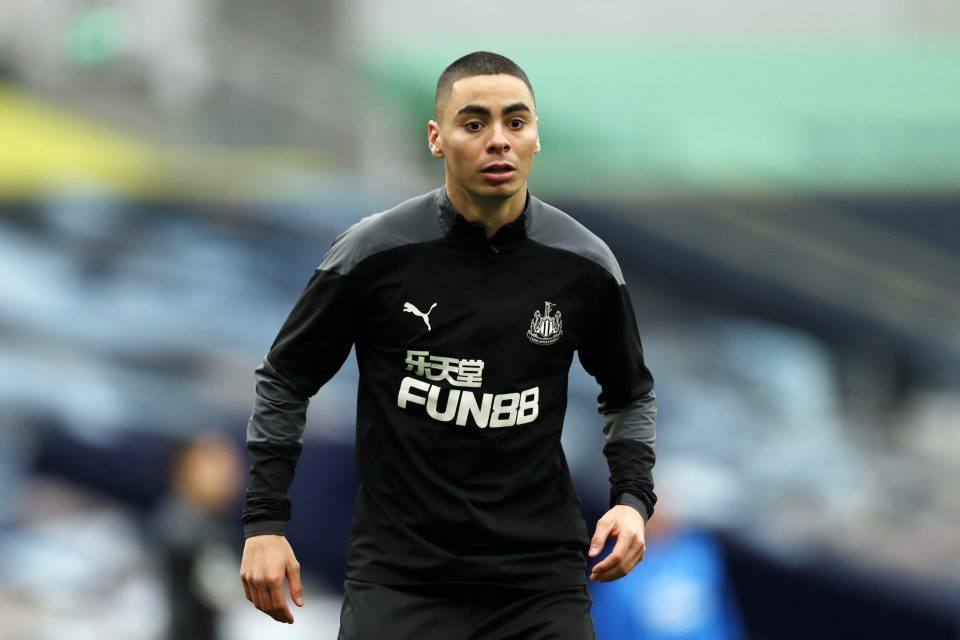 Newcastle United manager Steve Bruce has slammed Daniel Campos, the agent of Miguel Almiron, for the recent comments he has made in the media.

In the past few days, Campos admitted that it is impossible to know whether or not his client would have left the Premier League side in the Summer had it not been for the COVID-19 pandemic.

Campos also claimed that Inter have shown an interest in signing his client and his comments have left former Manchester United defender Bruce infuriated.

“His comments were outrageous, bordering on ridiculous. A two-bob agent who is so amateurish…why would you put your client in that situation?” Bruce said at his pre-match press conference today.

He went on to add: “If it was Almiron knocking on my door then I would listen, but an agent probably trying to profit again after two years is hugely disrespectful to the club. Miguel is a great pro and a great lad but his agent leaves a lot to be desired.”

Almiron has been with Newcastle United for close to two years following a transfer from MLS franchise Atlanta United in January 2019.

In the time since the 26-year-old Paraguayan national team player has made 62 appearances across all competitions to date, in which he has scored nine goals and provided a total of five assists for his teammates.