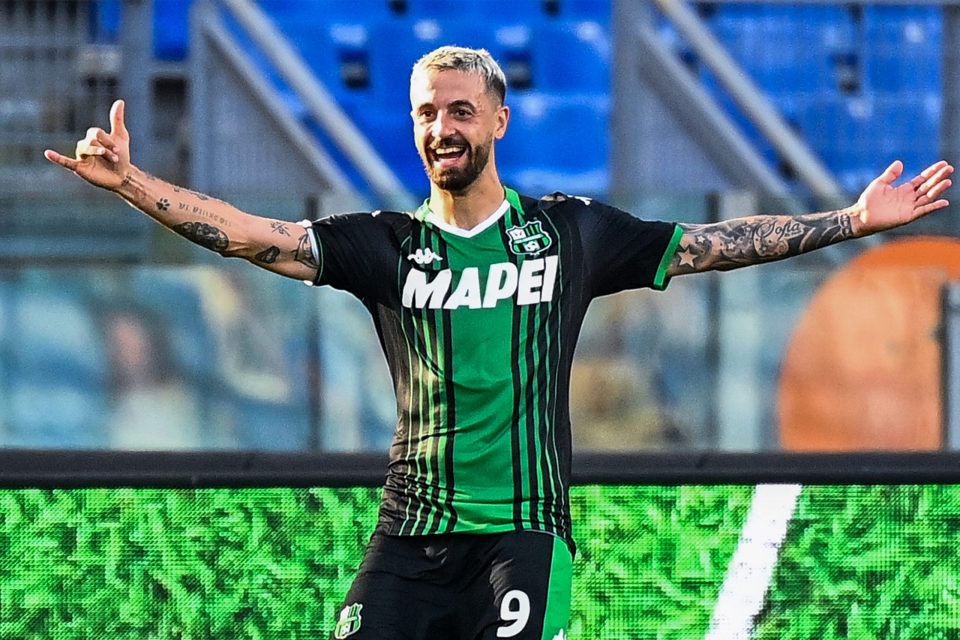 Sassuolo striker Francesco Caputo is working hard to try and recover from injury in time for this weekend’s Serie A match at home to Inter according to a report in today’s print edition of Italian daily newspaper Tuttosport.

Caputo missed high flying Sassuolo’s 2-0 win away to Hellas Verona this past weekend with a thigh problem but could well recover to take on the Nerazzurri at the MAPEI Stadium on Saturday afternoon.

Caputo returning would be a huge boost for Roberto De Zerbi’s side. The 33-year-old forward has scored five goals and provided three assists for his teammates in six Serie A appearances to date this term.

The report from the Turin based news outlet goes on to state that Federico Ricci has meanwhile returned having recovered from COVID-19.

The 26-year-old winger, who formerly played for Crotone, has missed Sassuolo’s last three games due to COVID-19 and has only made one appearance this season.