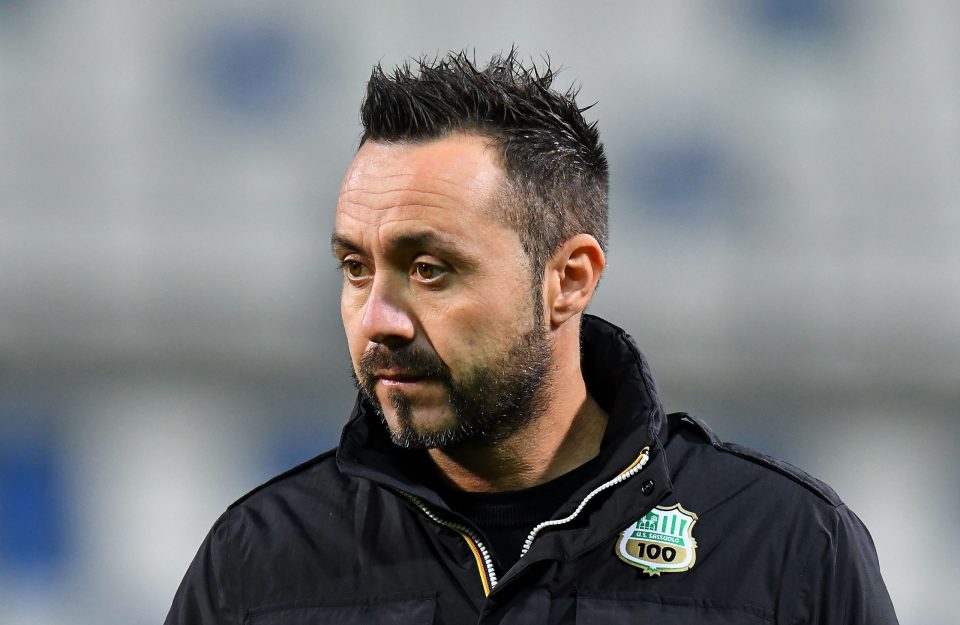 Sassuolo manager Roberto De Zerbi has admitted that he will be without attackers Francesco Caputo and Gregoire Defrel for tomorrow afternoon’s Serie A match at home to Inter.

“It will be a fascinating match. Inter were and remain a great team, beyond Wednesday’s result. Sassuolo are a smaller team and are trying to make space among the big teams,” he began his pre-match press conference ahead of the match at the MAPEI Stadium.

“It’s not that the hierarchies have been overturned, we know that Inter are very strong and that it will be difficult, but we will play against them like we always have, with courage. Nobody is giving us anything, we will try to spend a day as a great team.”

Asked about the conditions of several of his players, De Zerbi explained: “Berardi is fine, Djuricic has trained and we will see tomorrow if he will start from the beginning or if he will be come on during the match.

“Caputo, Defrel, Haraslin and Ricci are out but we are eager to do well. You need to be intelligent and understand the matches and have your own identity. What we have acquired is a strong mentality.”

Sassuolo have been one of the surprise stories of the 2020/21 Serie A season so far. They currently sit in second place in the Serie A table after eight games played having picked up 18 points from a possible 24. They trail league leaders AC Milan but two points.

Inter meanwhile sit in fifth place in the table after a worse than expected start to the campaign. Antonio Conte’s side have picked up 15 points from their opening eight matches and are currently on a run of just two wins in 10 matches across all competitions.