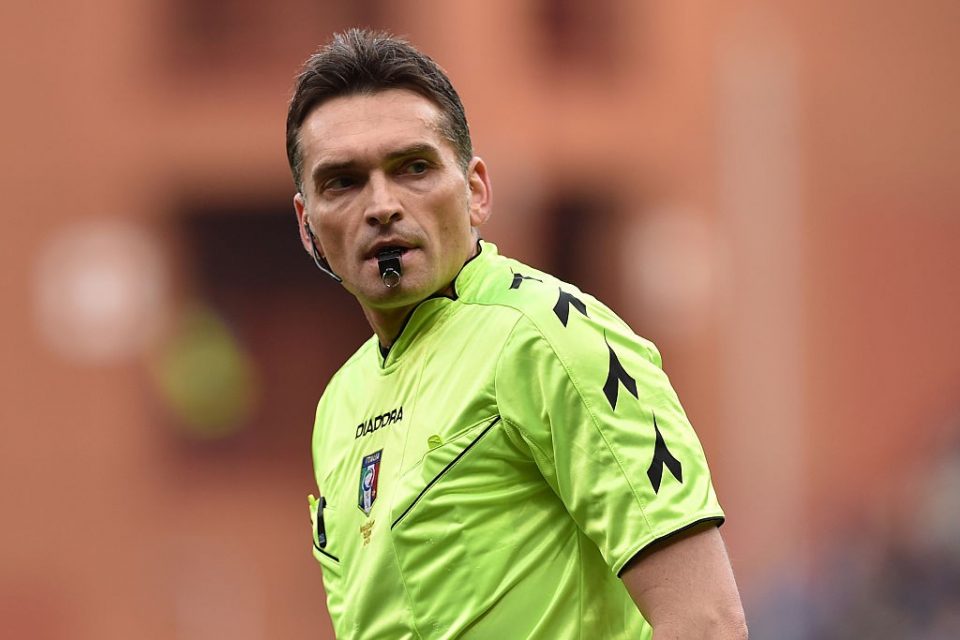 A report from today’s paper edition of the Milano based newspaper Gazzetta dello Sport has highlighted various decisions by Italian referee Massimiliano Irrati in Inter’s 3-0 win over Sassuolo yesterday.

The report details how the 41-year-old Italian referee made only one large mistake, in the 34th minute when Inter midfielder Roberto Gagliardini fouled Sassuolo’s Giacomo Raspadori outside the penalty area.

Irrati waved away protests, highlighting how the Nerazzurri midfielder did get the ball first, although it still should have been a free kick for the Neroverdi and potentially a yellow card for the 26-year-old Italian.

In the 80th minute the yellow card to Ivan Perisic for his repeated fouls on Mert Müldür and Manuel Locatelli is correct.

Romelu Lukaku’s goal in the 85th minute was correctly called for offside.

The game was relatively simple to officiate and VAR was not used once.