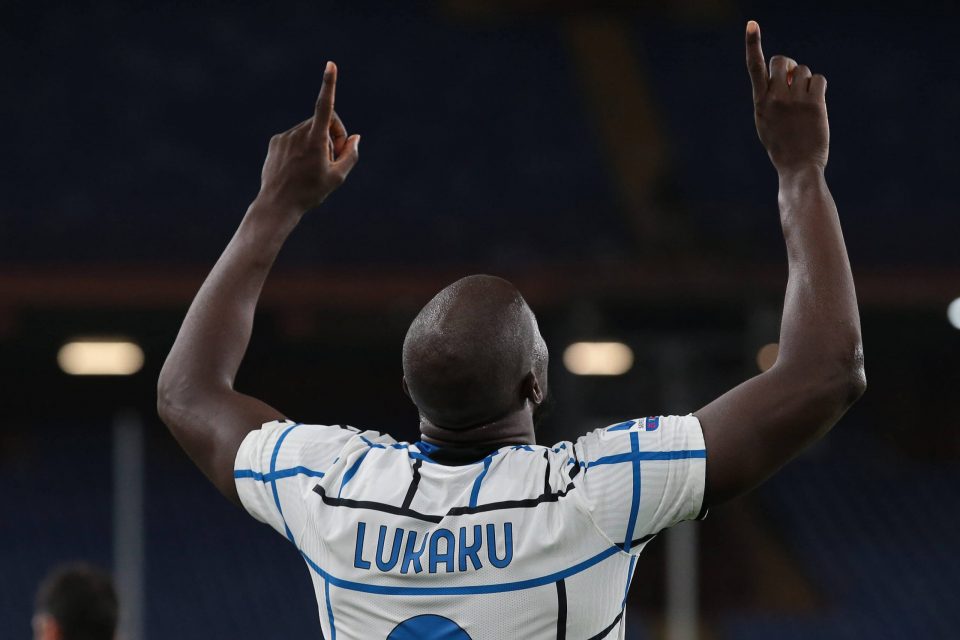 Italian football journalist Pierluigi Pardo has taken to social media platform Twitter to express his appreciation for Inter striker Romelu Lukaku off the back of his performance in Inter’s penultimate UEFA Champions League group stage match versus Borussia Monchengladbach.

Lukaku scored two of Inter’s three goals in their all important 3-2 win away in Germany, a result which has given them a glimmer of hope as far as qualification for the next round is concerned heading into the final group stage match next week at home to Shakhtar Donetsk.

“I’m a bit obsessed with Lukaku, I admit it, because I’ve been following him since he was in the Premier League (he has always been strong), because Conte upset him and for some Inter friends who were inexplicably lukewarm about him last year but now they are warming to him. He has 21 goals in the last 21 games. 289 goals at the age of 28,” Pardo posted.

Lukaku joined Inter in a club record transfer deal from Manchester United during the 2019 Summer transfer window and he has been prolific in front of goal during his time in a Nerazzurri shirt.

The Belgian national team player has scored 45 goals in 63 appearances across all competitions to date for Inter and has scored 11 goals in as many games for Inter this season.