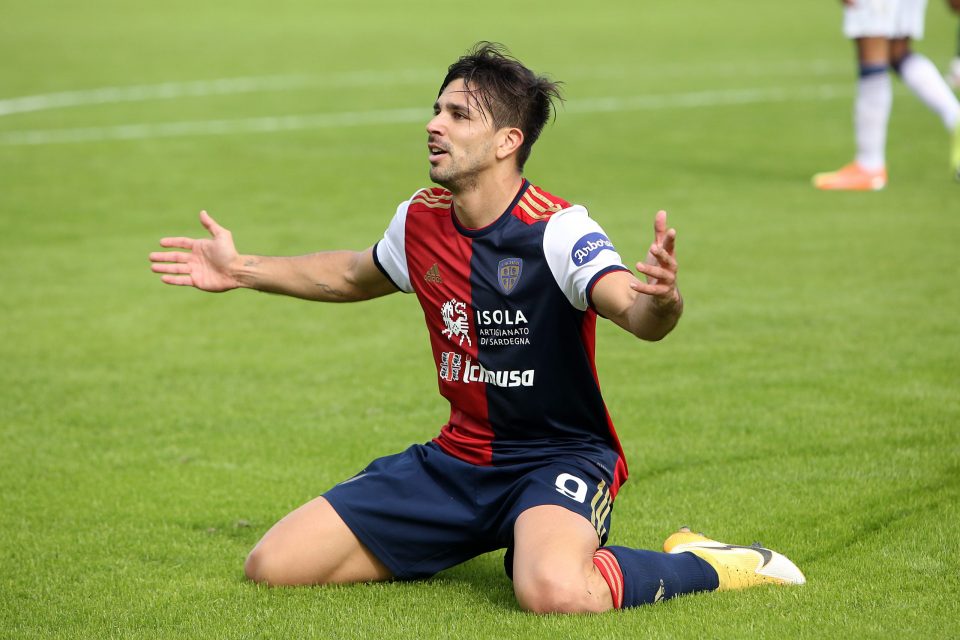 Cagliari striker Giovanni Simeone is back at the disposal of Cagliari boss Eusebio Di Francesco ahead of this weekend’s Serie A match at home to Inter, the Sardinia based club have confirmed with a statement posted on their official club website.

The Argentine forward, who is the son of former Inter midfielder Diego Simeone, returned in part to full training alongside his teammates today and his return will come as a real boost for the Rossoblu club who have had to do without him for their past four matches across all competitions.

This season the 25-year-old, formerly of Fiorentina and Genoa, has scored five goals and provided one assist in eight outings to date.

In addition to confirming Simeone’s re-availability in their statement, Cagliari also confirmed that Estonian defender Ragnar Klavan and Angolan right winger Zito Luvumbo continued to follow their personalised training schedules as they work on recovering from their respective injuries problems.