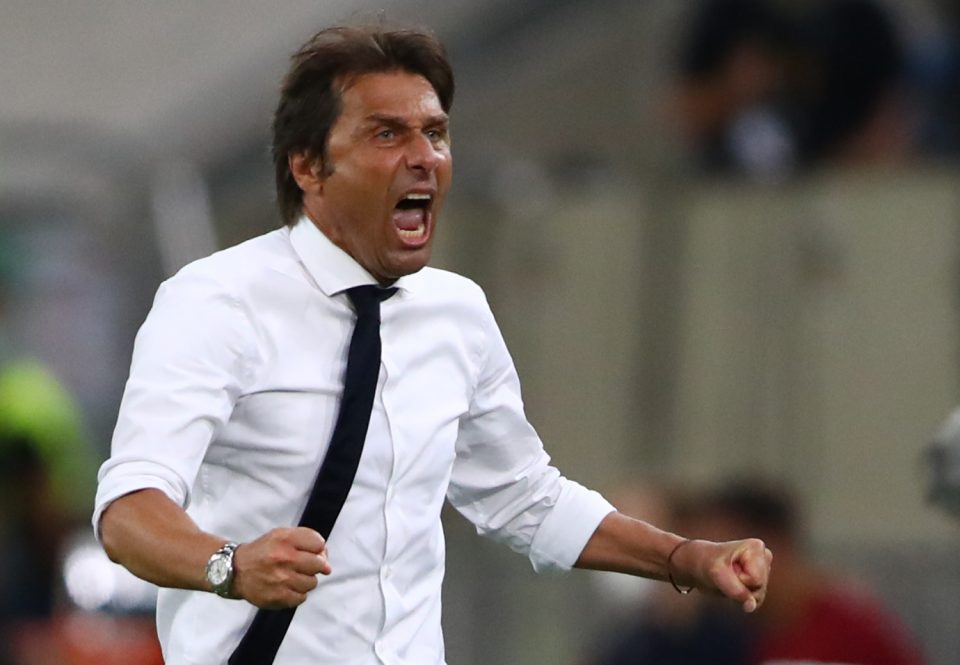 Inter manager Antonio Conte addressed the players in training today off the back of their elimination from the UEFA Champions League according to a report from Italian broadcaster Sky Sport Italia, which was broadcast a short time ago.

Inter were eliminated from the competition at the group stage for the third consecutive season after they failed to beat Shakhtar Donetsk. Had they won they would have went through given the result in the other match between Real Madrid and Borussia Monchengladbach went in their favour with Real madrid winning.

As per the report from Sky Sport Italia, Conte urged the players to turn the page immediately. He made it clear that what happened last night must be forgotten about to avoid any further missteps being made in the league, where Inter can redeem themselves and save their season.

Inter head into the next round of Serie A action sitting in second place in the table but are trailing league leaders AC Milan by five points.