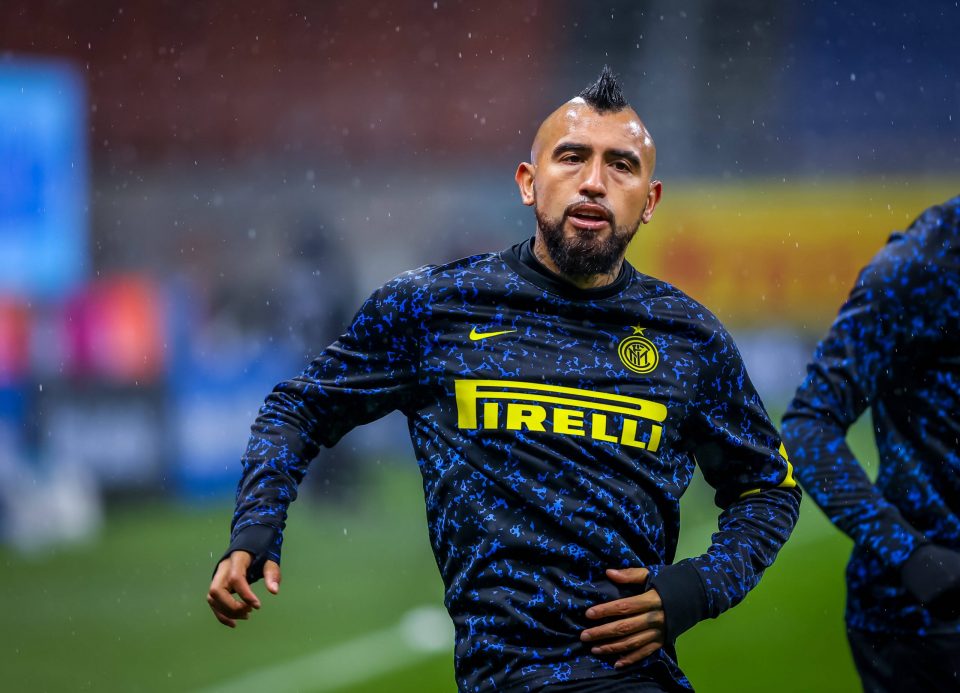 Inter were knocked out of the UEFA Champions League group stage on Wednesday night following a goalless draw at home to Shakhtar Donetsk. The Nerazzurri managed to pick up just six points from a possible 18 and finished bottom of group B.

Vidal, who has two assists in 14 appearances this term, posted: “It is very sad to see one single opportunity lost to qualify for the Champions League knockout round but we will stand up and learn from our mistakes by giving our all and doing our best in every game to win the Scudetto. Forza Inter.”