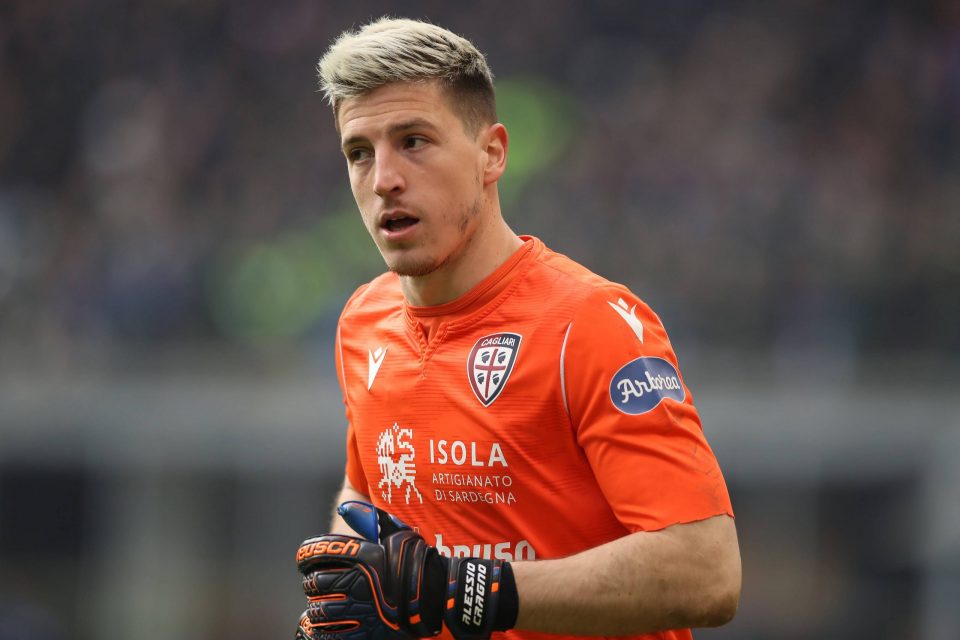 Cagliari goalkeeper Alessio Cragno’s agent Graziano Battistini has downplayed the rumours linking his client with a potential switch to Inter, which could perhaps happen as soon as the upcoming January transfer window.

Cragno has long been linked with a potential move to Inter as they seek a long term replacement for ageing number one goalkeeper Samir Handanovic, whose contract with the club is due to expire at the end of this season.

The highly rated 26-year-old is one of several goalkeepers to have been suggested as a possible successor to Handanovic with Udinese’s Juan Musso another name that is regularly mentioned.

“For the moment, talking about Cragno and the transfer market is just fantasy football. It’s nice to have this media interest and it’s normal because Alessio is doing very well but for the moment there has been no contact,” he explained in an interview with Italian news outlet Centotrentuno.com.

“I read about an Inter enquiry as early as January but it wouldn’t make sense for a team that isn’t even in the European cups anymore.

He concluded: “At the end of the season we will see, he is fine in Cagliari but it is normal there is interest because he is showing that he is ready for a big team but an offer that cannot be refused will still be needed.”

Cragno, who has represented the Italian national team on a single occasion, has been with his current employers since 2014 and is under contract with them through to the end of the 2023/24 season. This season he has made 11 appearances across all competitions, in which he has kept one clean sheet.