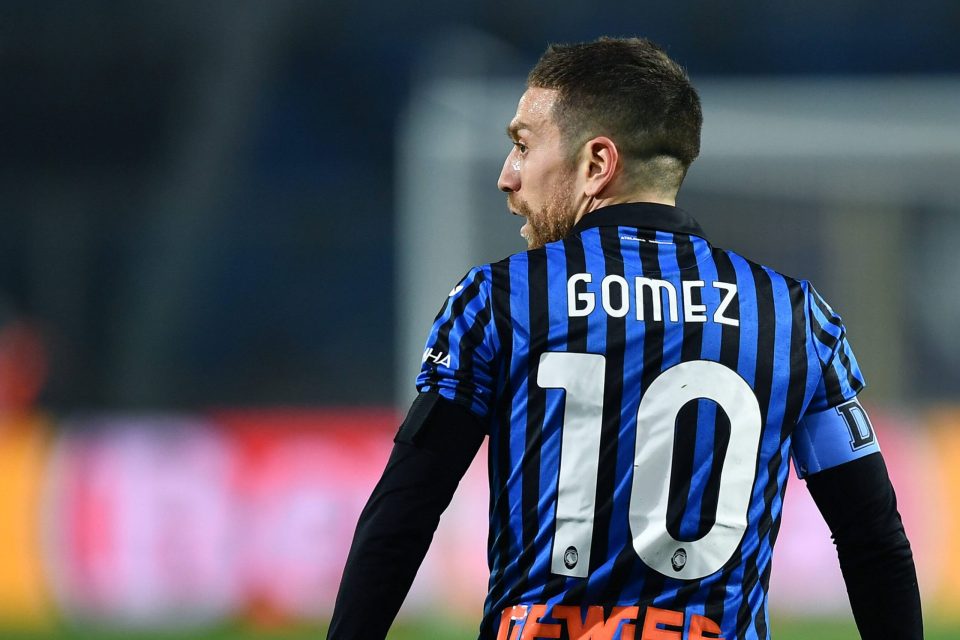 Inter manager Antonio Conte wants his Inter squad to be thinned out and streamlined with the aim of adding players more functional to his system according to a report in today’s print edition of Italian daily newspaper Tuttosport.

Conte wants to diversify the players at his disposal and for this reason, Atalanta captain Alejandro ‘Papu’ Gomez is a tempting option, with him appearing increasingly likely to depart from the Bergamo based club.

His arrival could have a similar impact to that of Goran Pandev when he joined mid-way through what turned out to be Inter’s historic treble winning campaign.

Despite this, Inter management are not putting other options to the side that could possibly take into account the departure of young striker Andrea Pinamonti, who has never really had much of a chance since his return.

Inter remain interested in Parma’s Gervinho whilst Napoli’s Arkadiusz Milik is a player who cannot be forgotten about either.

Inter could avoid having to pay for Milik due to the fact Napoli are due to pay them €19 million plus €1.5 million in add-ons, for Matteo Politano, which is more than the €18 million that Napoli are demanding for Milik, who wants a contract worth €6 million a year, figures Inter consider to be very important.