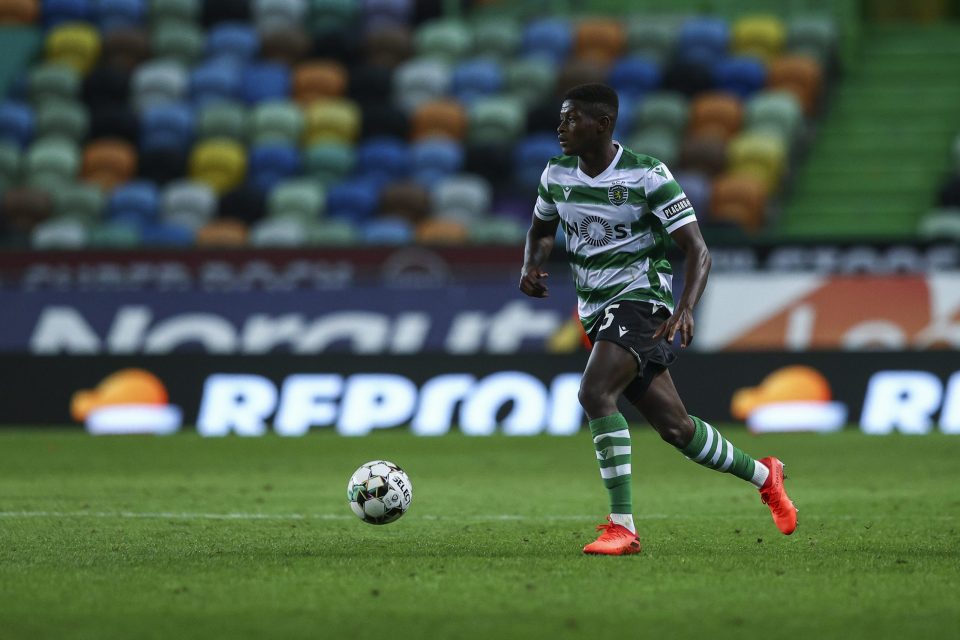 Inter linked Nuno Mendes has agreed to a contract extension with Portuguese side Sporting Lisbon, according to a report from Portuguese media outlet Correio da Manha earlier today.

The report details how the 18-year-old Portuguese left back attracted the attention on the Nerazzurri, AC Milan and Juventus with his strong performances this season with Sporting, playing mostly as a left wing back.

Antonio Conte’s side are looking for a new left wing back for the upcoming January transfer window, especially if they manage to sell Croatian winger Ivan Perisic.

Mendes has reached a new agreement with Sporting, tripling his salary and increasing his release clause from €45 million to €70 million. His current deal expires in 2025.

The Portuguese teenager has made 12 appearances across all competitions so far this season, for a total of 939 minutes. In that time, he has scored one goal and provided one assist.

The Milanese club will now have to look elsewhere for their new left wing back, with Conte’s preferred choice still being Chelsea’s Emerson Palmieri, although the Blues would not agree to a loan move and only a definitive sale.