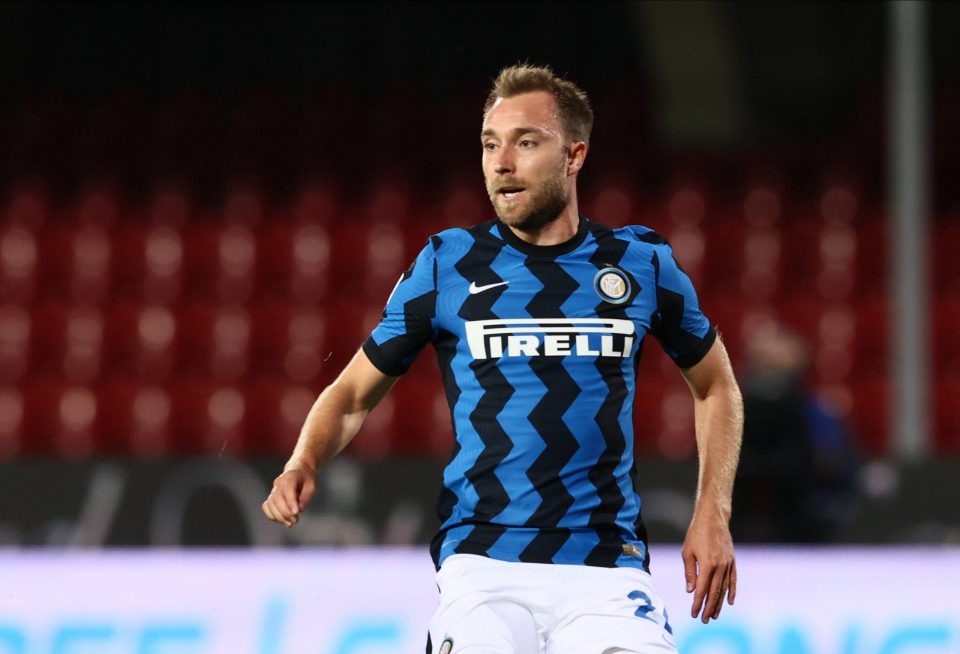 In the January transfer window it is likely that Christian Eriksen will be sold by Inter according to a report in today’s print edition of Italian daily newspaper La Repubblica.

Eriksen has had a nightmare 11 month spell with Inter and following yesterday’s 2-1 win over Spezia, in which he was an unused substitute, he took to the field to kick a ball about in the rain, on his own, something that could be a sort of goodbye to the stadium where he failed to establish himself.

Radja Nainggolan will also likely be sold and it is no secret that the out of favour Belgian would like to return to Cagliari, who he spent the duration of last season on loan with.

Matias Vecino, Andrea Pinamonti and Ivan Perisic will all also probably depart the Nerazzurri, who have a number of transfer targets.

Inter are unable to get AC Milan’s Franck Kessie, so they have a real interest in Udinese’s Rodrigo de Paul. Inter are also looking for a strong striker and as always will be attentive to opportunities brought up in the transfer window, one of whom could be Atalanta’s Alejandro ‘Papu’ Gomez.