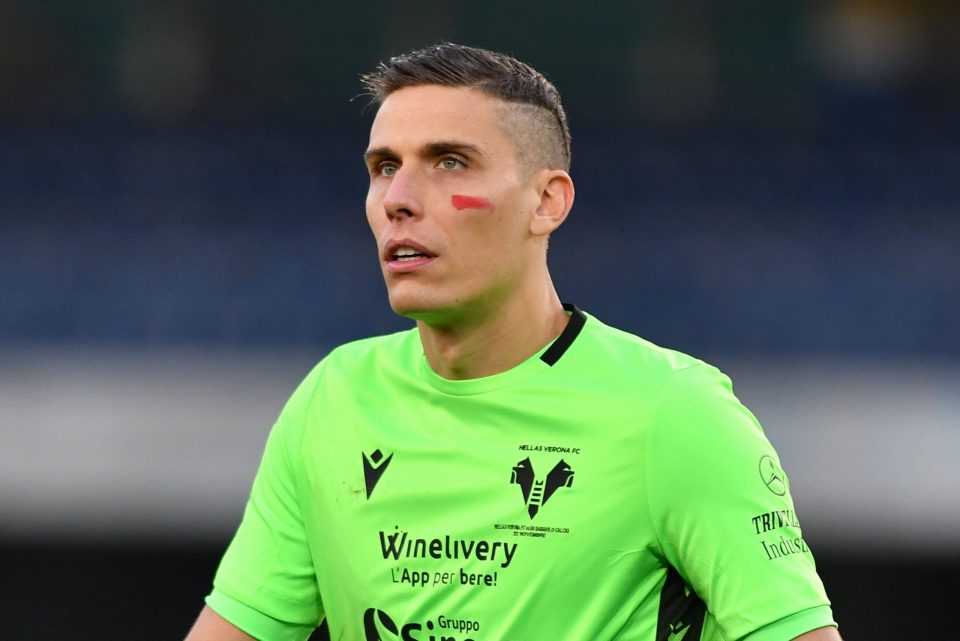 Hellas Verona’s Marco Silvestri is one of a number of goalkeeper who Inter are keeping an eye on as they look to find themselves a long term replacement for current number one Samir Handanovic according to a report in today’s print edition of Italian daily newspaper L’Arena.

Hananovic’s contract with Inter is up at the end of this season and the Nerazzurri club have reportedly been on the hunt for a long term successor to him for a long time now.

Several goalkeepers have been linked from Udinese’s Juan Musso to Cagliari’s Alessio Cragno and as per this report, Italian national team shot-stopper Silvestri is also on Inter’s radar when it comes to a replacement for Handanovic, who has been Inter’s number one for the last eight years.

The report goes on to highlight that the excellent relations between Inter and Hellas Verona could help any negotiations that take place over 29-year-old Silvestri.