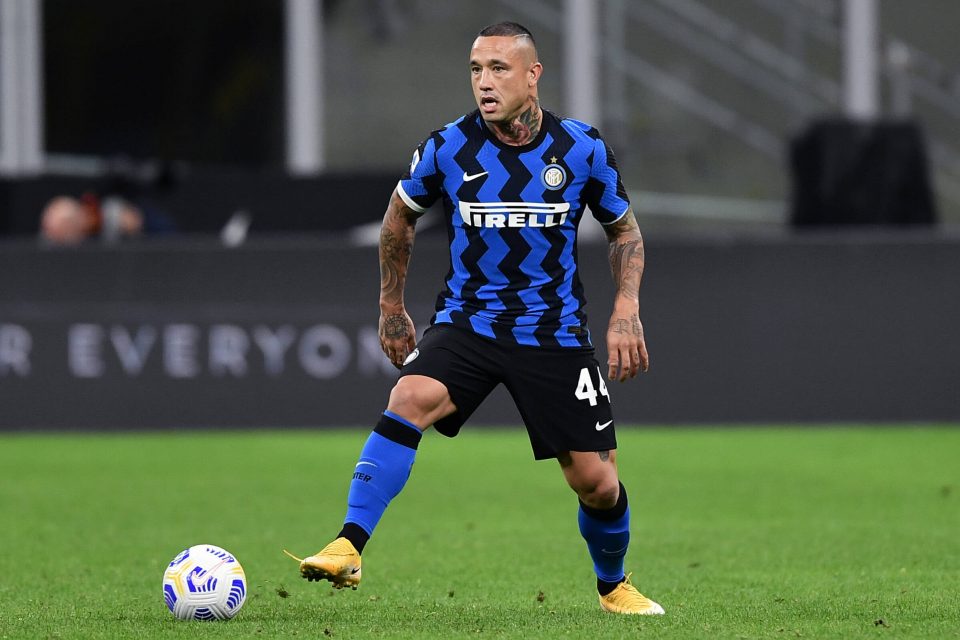 Radja Nainggolan returning to Cagliari is now possible according to a report in today’s print edition of Italian daily newspaper Gazzetta dello Sport.

Cagliari have a clear goal in their mind and that is to find an agreement with Inter that will enable them to bring the former Belgian national team midfielder back to Sardinia, where he spent last season on loan and has also had a previous permanent spell.

Cagliari boss Eusebio Di Francesco would like to have Nainggolan at his disposal by the beginning of January at the latest.

A deal between the two clubs is much more possible than it was in the Summer and it is possible that Cagliari could offer young midfielder Riccardo Ladinetti to Inter as part of a deal for Nainggolan.

Inter wanted €10 million in the Summer and although a few months have changed and Inter are no longer in Europe, they do not feel inclined to lower their price all that much.

Alessio Cragno, Nahitan Nandez and Leonardo Pavoletti are all interesting players at Cagliari who could be counterparts but the report warns that Cagliari are likely to prefer to do deals separate to that involving Nainggolan for the first two players.

The report goes on to add that Cagliari will offer to take Nainggolan on loan for the remainder of this season and then sign him outright in the Summer of 2021.

Cagliari could then offer Ladinetti plus a few more million to Inter for Nainggolan, who has never denied his desire to return to the Rossoblu side.