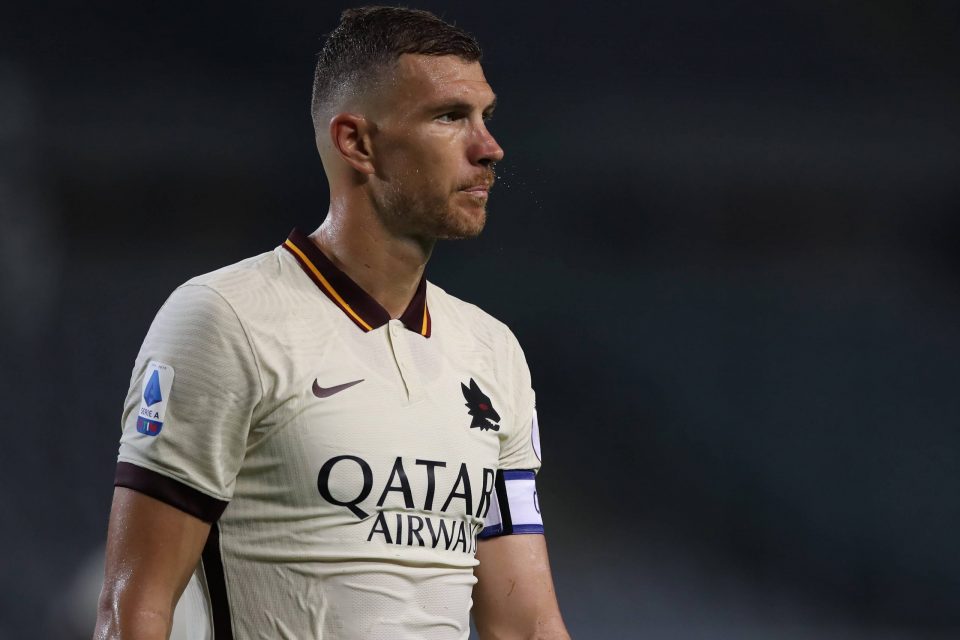 Inter manager Antonio Conte wants to sign Roma’s Edin Dzeko again but Inter need to make a sale before possibly swooping in to sign him according to a report in today’s print edition of Italian daily newspaper Tuttosport.

The 34-year-old Bosnian has been linked with joining Inter on several occasions in the past and for the time being he is currently considered a dream signing.

If Inter manage to sell Christian Eriksen, who has been strongly linked with Paris Saint-Germain and a host of Premier League clubs though, they could then think about signing the former Manchester City player, who will turn 35-years-old in March.

The alternative to signing Dzeko is signing Parma’s Gervinho. Inter are thinking about setting up a loan swap deal in which they would put forward young striker Andrea Pinamonti, who has failed to feature in the Inter team regularly since his return to the club in the Summer.