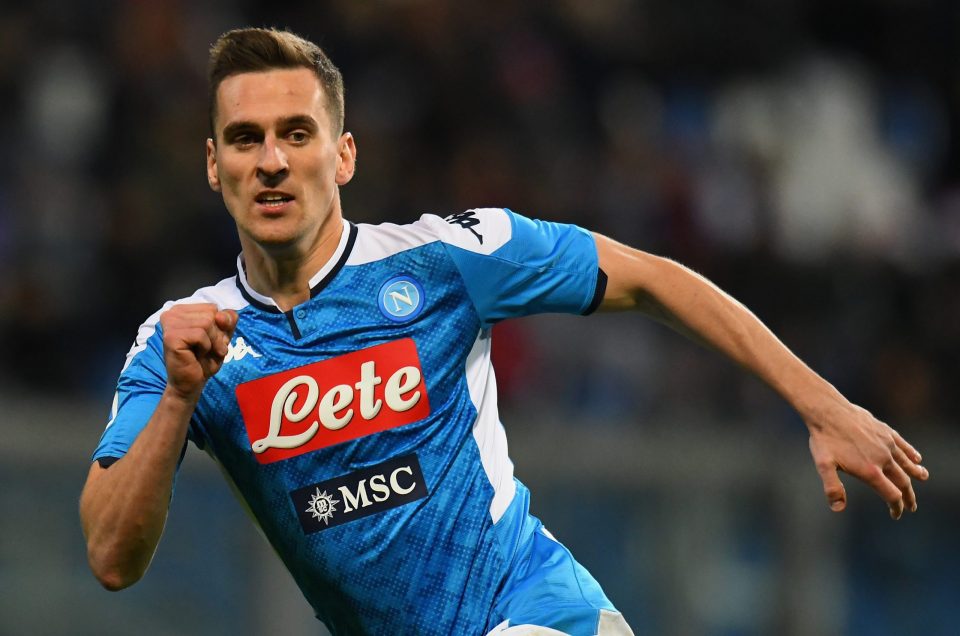 Inter are keeping a close eye on Arkadiuz Milik’s situation at Napoli ahead of a possible summer move, according to a report from an Italian broadcaster today.

As per the online edition of Sport Mediaset, the Nerazzurri’s chief executive Beppe Marotta is hopeful that the Polish national team forward will reject all other clubs in order for Inter to be able to sign him on a free transfer in the summer, once his contract with current employers Napoli comes to an end at the end of this season.

Milik has been completely frozen out at Napoli after rejecting moves to Roma and Juventus in the summer and he has been linked with a move to Inter for several months.

The former Ajax player joined his current employers back in the summer of 2016 and in the time since he has went on to make 122 appearances across all competitions to date, in which he has managed to score 48 goals and provide five assists for his teammates.