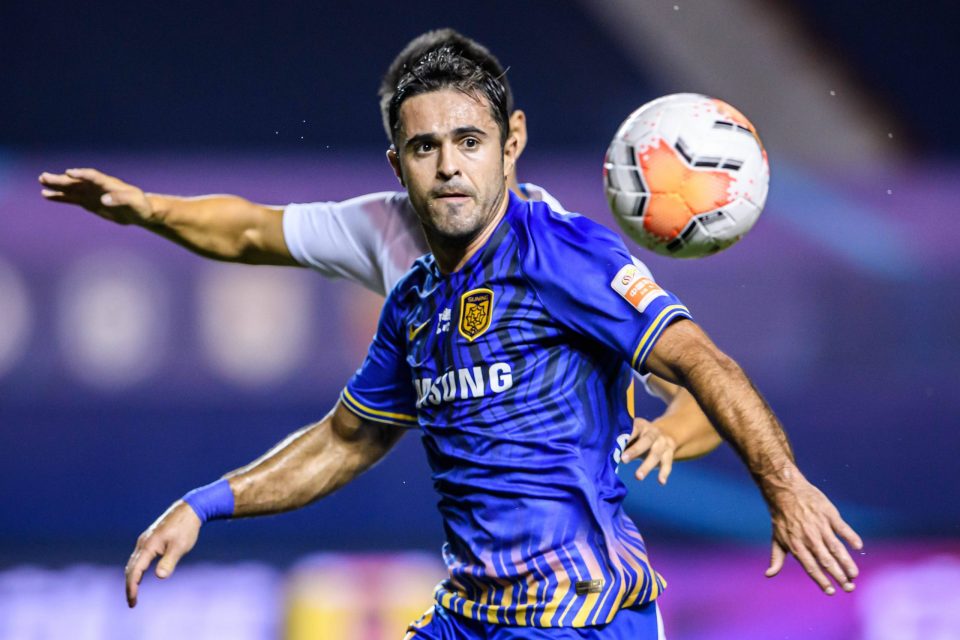 Inter have made contact with the representatives of their former player Eder according to a recent Italian media report.

As per Italian news outlet CalcioMercato.com, the Nerazzurri have made the enquiry with his agents to assess the feasibility of a deal in January.

Inter are widely reported to be on the hunt for a new fourth-choice striker and the 34-year-old is one of several names to have been linked.

Antonio Conte likes the Italian-Brazilian forward, who he managed during his time coaching the Italian national team, for his technical and tactical profile.

Eder’s contract with Jiangsu Suning is due to expire in six months and the new restrictions that the Chinese government have imposed on the signing of players, especially foreign ones, represent conditions that could lead to Eder leaving early.

While Inter are said to have made contact with Eder’s representatives, though, they are also continuing to evaluate other players such as Cagliari’s Leonardo Pavoletti, Udinese’s Kevin Lasagna, and newly-made free agent Graziano Pelle.

This report does in fact come contrary to another recent report with Gazzetta dello Sport having reported a short time ago that a return to Inter was very unlikely for Eder.