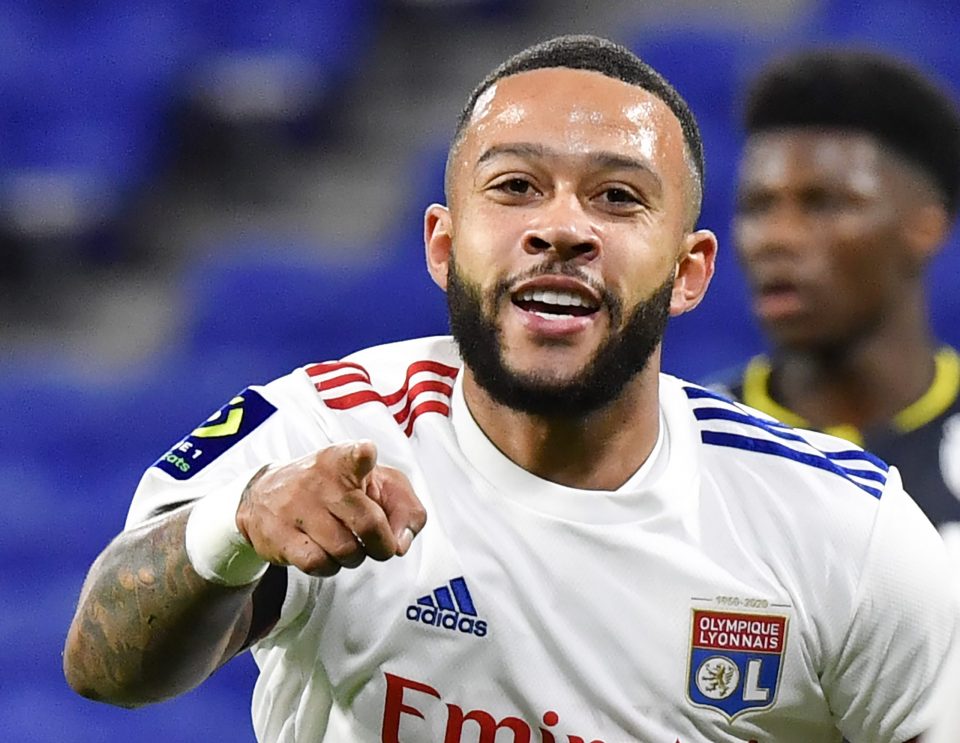 Inter, Juventus and AC Milan all have an interest in signing Lyon and Netherlands national team attacker Memphis Depay, according to a French media report.

France Football, as per FCInter1908.it, report that all three clubs are keeping tabs on the Dutch international with a view to a potential summer transfer window swoop.

The former Manchester United’s players contract with his current employers is up at the end of this season and all three of the Serie A sides are already at working trying to convince him to join them.

In addition to the Milanese clubs and Juventus, Barcelona are also very keen on signing the 26-year-old, who has eight goals and four assists in 17 appearances across all competitions this term.

A bidding war for his services is now underway and it remains to be seen who will be able to entice Depay to join them over the others in contention for his signature.

Inter are known to be hunting for reinforcements in attack, albeit Depay would not be available for a move in January.

Napoli striker Arkadiusz Milik has also been linked with a move to the Nerazzurri in the summer.