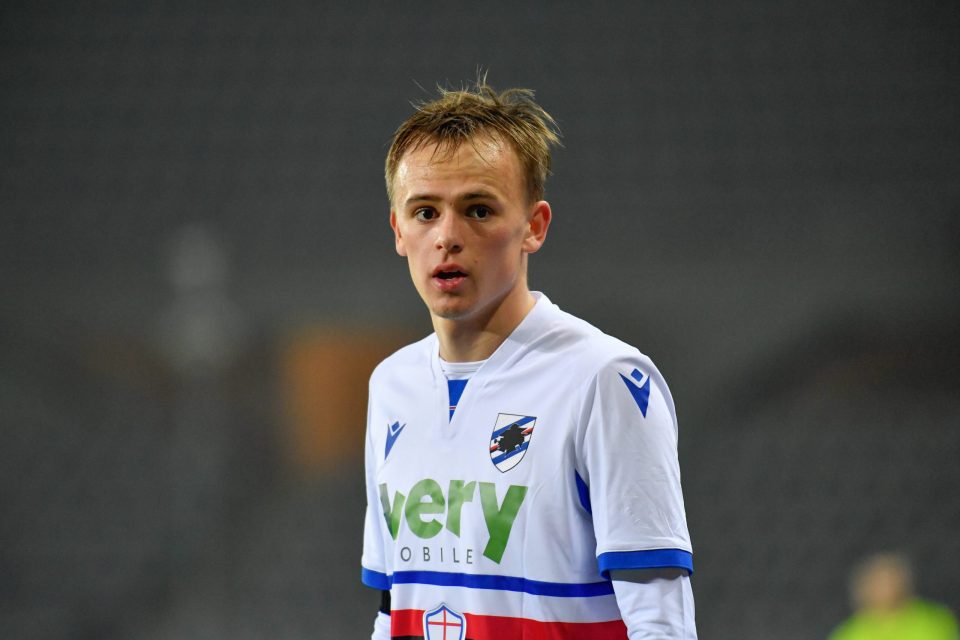 Inter are studying a move for Sampdoria and Denmark international midfielder Mikkel Damsgaard, according to an Italian media report today.

TuttoMercatoWeb report that the Nerazzurri are working on signing the 20-year-old for next season and highlight that in the next few weeks they will continue monitoring the player while strengthening their relations with Sampdoria.

Damsgaard had already been linked with Inter in recent weeks but he intensified speculation by putting in an impressive performance against Antonio Conte’s side yesterday, as the Blucerchiati ran out 2-1 winners.

The former Nordsjaelland player provided the assist for Samp’s second goal of the game which was scored by former Inter forward Keita Balde.

Damsgaard only joined Sampdoria this past summer but has wasted no time trying to impress and make a name for himself in Serie A.

Since his arrival at the Stadio Luigi Ferraris, he has contributed two goals as well as three assists in 17 appearances.