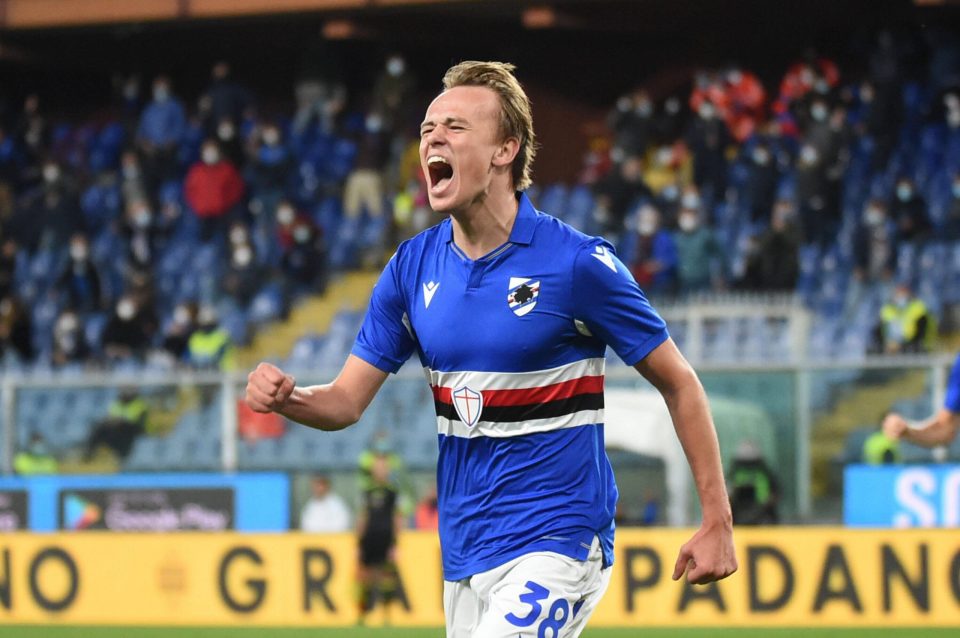 Inter were impressed by the performance of Sampdoria midfielder Mikkel Damsgaard in yesterday’s defeat at Marassi, according to Italian media reports.

As per Tuttosport’s print edition today, Damsgaard, who Inter chief executive Beppe Marotta and sporting director Piero Ausilio had already received rave reviews about, confirmed what the duo had heard about him at the Stadio Luigi Ferraris yesterday.

The Danish youngster provided a nice assist for former Inter player Keita Balde to give Sampdoria a 2-0 lead on a wet day in Genoa.

It remains to be seen whether Inter attempt to make a move for Damsgaard, although their lack of resources in the January transfer window means it would more likely be with a view to the summer.

This season the 20-year-old has highlighted his many strengths, above all his great versatility out on the pitch with him having played well in multiple roles so far this term.

He played as an attacking midfielder against Antonio Conte’s side but has also shown himself to be capable as a central midfielder as well as a winger.

The former Nordsjaelland player has made 17 appearances this season for the Blucerchiati, scoring two goals and providing three assists.