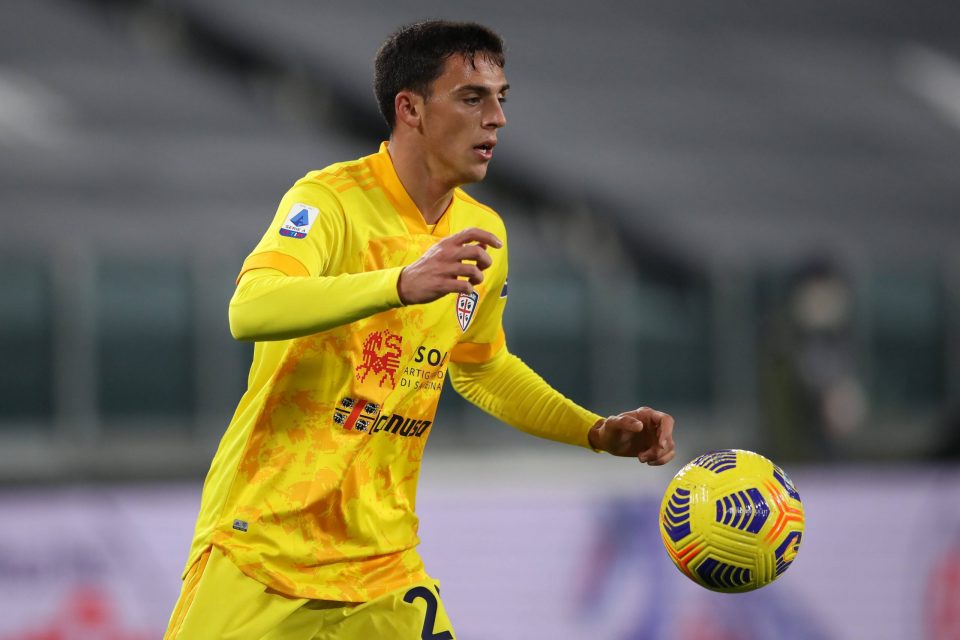 Cagliari full-back Gabriele Zappa has interest in his services from Inter and Napoli, according to an Italian media report.

CalcioMercato.com report that both clubs are monitoring the 21-year-old, who is on loan at Cagliari from Serie B side Pescara, with an obligation to buy attached.

Zappa is no stranger to Inter having come through the Nerazzurri’s youth academy ranks and left for Pescara in the 2018-19 season January transfer window.

The one time Italian under-21 national team player has been near ever-present in Eusebio Di Francesco’s side this term with him having appeared in 17 of their 18 games, including games against both Inter and Napoli.

Zappa, who has a contract with the Sardinia based club through to the end of the 2024-25 season, has contributed three assists for his teammates this term.