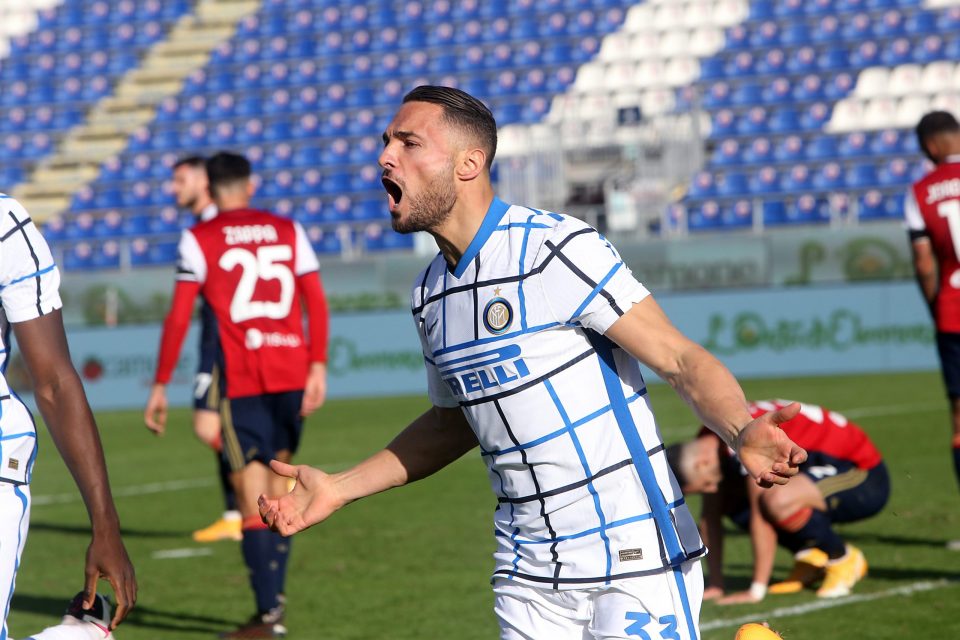 Inter will be without Danilo D’Ambrosio for at least a month after the defender picked up a knee injury against Sampdoria, according to a report from an Italian broadcaster.

In yesterday’s loss to the Blucerchiati, the Italian suffered a painful challenge from Mehdi Leris in stoppage time and Inter have confirmed this morning with a statement that he has suffered a medial collateral strain to his left knee.

As per a report broadcast by Sky Sport Italia, the former Torino player, 32, could miss four to five weeks as a result of his injury.

Inter coach Antonio Conte will therefore be unable to field D’Ambrosio until at least mid-February and could potentially recover him for the second Derby della Madonnina of the season against AC Milan, which is due to be played on February 21.

Failing that, D’Ambrosio could recover for the match at home to Genoa the following weekend.

This season D’Ambrosio has scored three goals in 16 appearances for Inter, who he is under contract with until the end of this season.

The Nerazzurri’s eight-game winning streak in Serie A was brought to an end at the Stadio Luigi Ferraris on Wednesday courtesy of goals from their former players Antonio Candreva and Keita Balde.