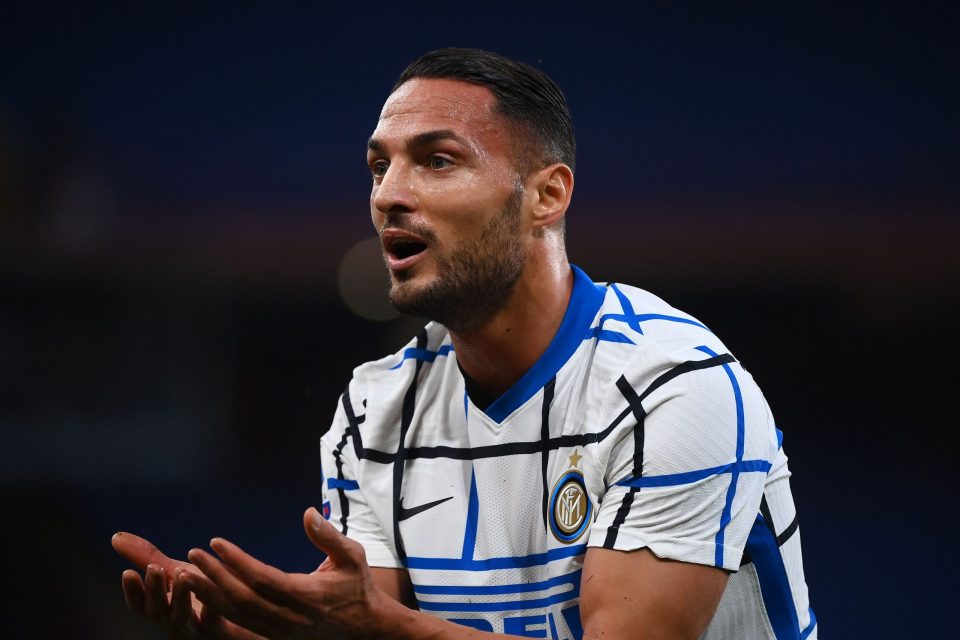 Inter defender Danilo D’Ambrosio has suffered a strain to the medial collateral ligament of his left knee, the Nerazzurri have confirmed this morning.

Via a statement on the official club website, the club said the centre-back underwent tests at the Istituto Humanitas in Rozzano after picking up an injury in yesterday afternoon’s loss to Sampdoria.

D’Ambrosio came on during the second half at the Stadio Luigi Ferraris, where Inter’s eight-game winning streak in the league came to an end with a 2-1 defeat by Sampdoria, and he was no sooner on before coming back off in great pain after a challenge from Mehdi Leris.

With this news, it can be safely presumed that Inter will therefore be without the versatile defender for this weekend’s trip to the capital to take on Roma.

D’Ambrosio is also likely to miss next week’s matches at Fiorentina in the Coppa Italia and at home to Juventus in Serie A.