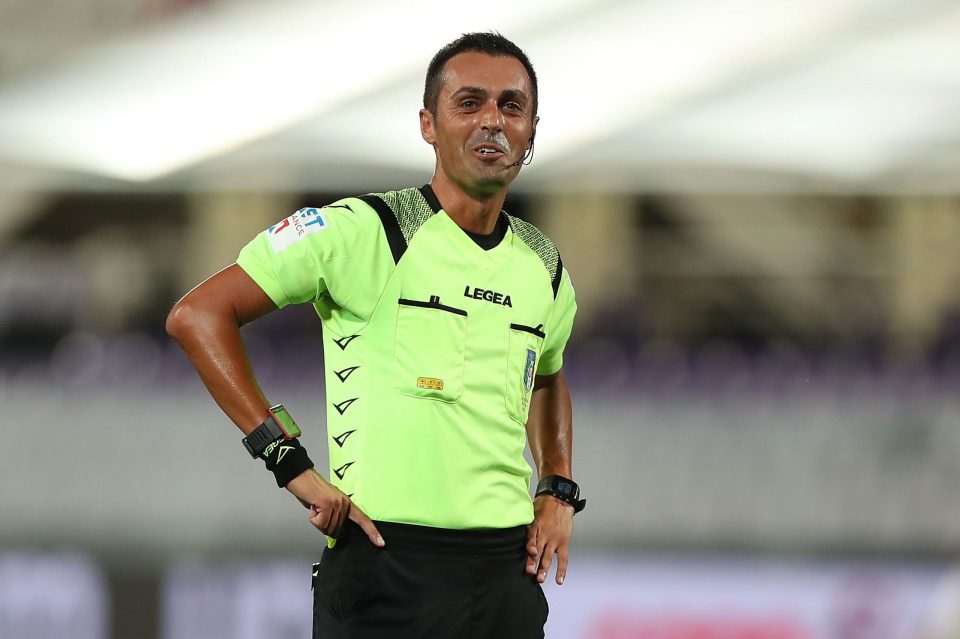 The match official assignments for the coming round of Serie A action have been announced with Marco Di Bello assigned to referee Inter’s crunch match at Roma this weekend.

The 39-year-old, who has been a referee since 1999 and a referee in Serie A since 2012, has refereed 10 games across all competitions to date this term, including a match in the Europa League.

Sunday afternoon’s match at the Stadio Olimpico will in fact be the fourth time that Di Bello has refereed Roma this season whilst it will be the first time that he referees Inter this term.

Paolo Mazzoleni will be in charge of VAR and Giacomo Paganessi will be there to assist him.

Inter head to the capital with a three-point advantage over their opponents and off the back of a loss to Sampdoria whilst Roma beat Crotone yesterday.