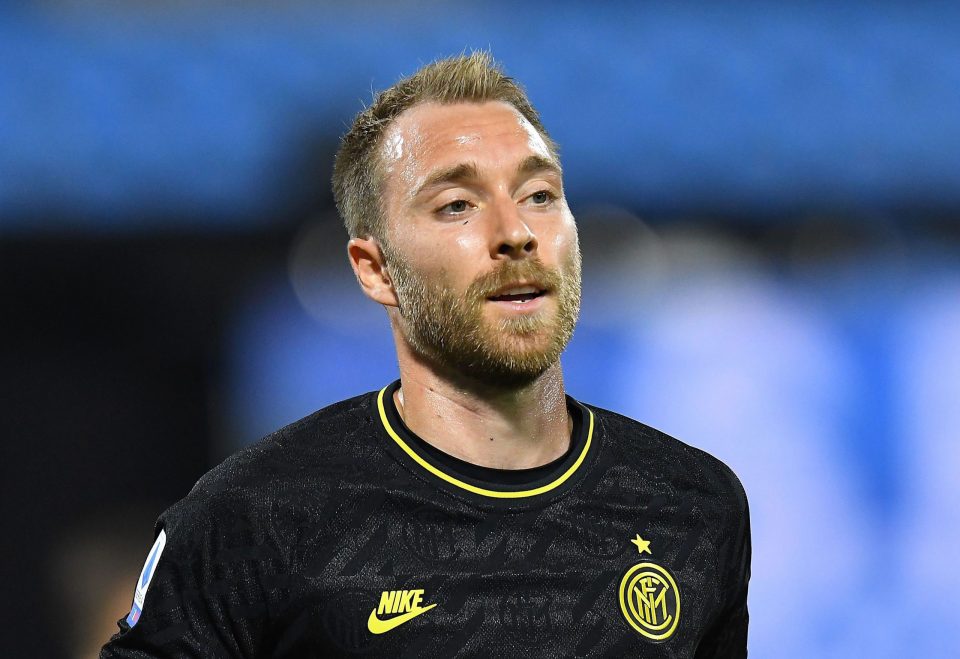 Christian Eriksen’s agent has filed a legal case against Inter over an unpaid commission following the midfielder’s transfer from Tottenham last January, according to reports in Italy tonight.

Martin Schoots has submitted a request for arbitration with the Italian Olympic Committee (CONI), which FCInterNews.it believe regards a €6 million payment he was due, after his client’s €20 million move to Serie A in January 2020.

The matter, which was first reported by Calcio e Finanza this evening, is not considered urgent and it is therefore likely a verdict will be reached in a few weeks’ time.

The dispute nonetheless threatens to complicate Eriksen’s departure from the club, albeit there is thought to be little imminent interest for the 28-year-old anyway.

“Sources close to Inter have said the club will respect all their contractual obligations,” Calcio e Finanza’s report added.

FcInter1908.it explained how many agents around the world are in the same position as Schoots and are waiting for delayed commission payments due to the Covid-19 crisis, but said most ‘would never dream’ of taking clubs to court over such a matter.

They suggest this act is proof of the high tension between the parties, following Inter’s decision to discard Eriksen in January.

Inter are known to want to offload the former Spurs midfielder during this month’s transfer window with links to PSG, Valencia, Ajax and Tottenham themselves.

However, it is understood that Eriksen’s €7.5 million net annual salary represents a great stumbling block to potential suitors.

‘Clearly, Schoots is not interested in maintaining a good relationship with Inter anymore,” FcInter1908.it’s report concluded.