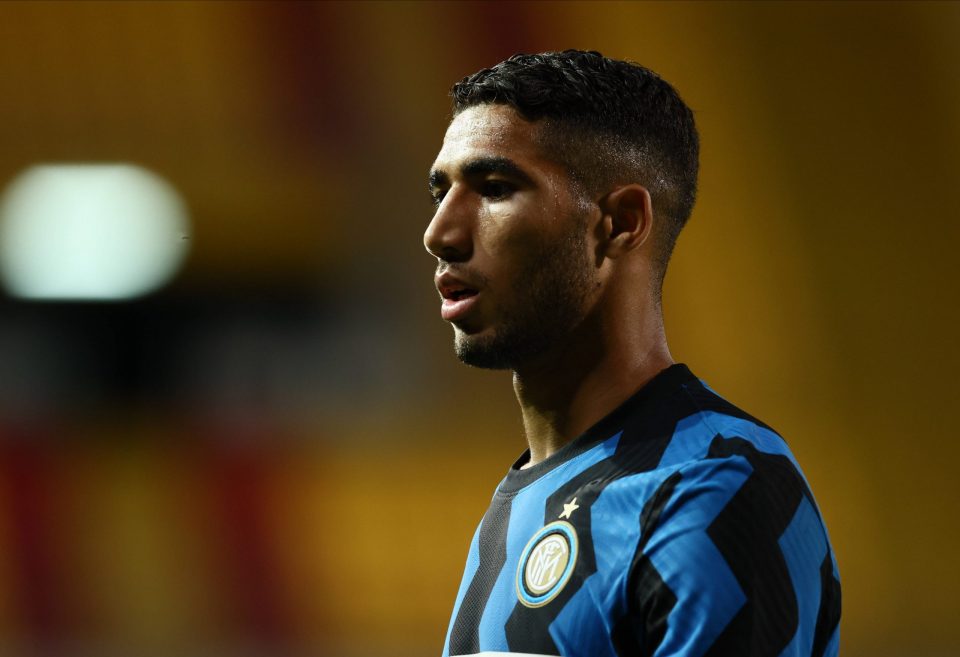 Inter wing-back Achraf Hakimi has the 16th highest transfer value in all of world football, according to the CIES Football Observatory.

As per their latest weekly report, the Moroccan international has a transfer value of no less than €113.7 million based on their algorithm which takes current quality, potential and time left on current contract into consideration.

Hakimi joined Inter in a €45 million deal, including add-ons, from Real Madrid this past summer and has the highest value of all players currently plying their trade in Serie A.

Since joining Inter on a five year contract, Hakimi, 22, has made 21 appearances across all competitions to date.

In his time on the park, which totals slightly over 1300 minutes, he has contributed five goals and provided as many assists for his Nerazzurri teammates.

Manchester United’s Marcus Rashford is meanwhile deemed the player with the highest transfer value in football with CIES Football Observatory giving the Englishman a value of €165.6 million.