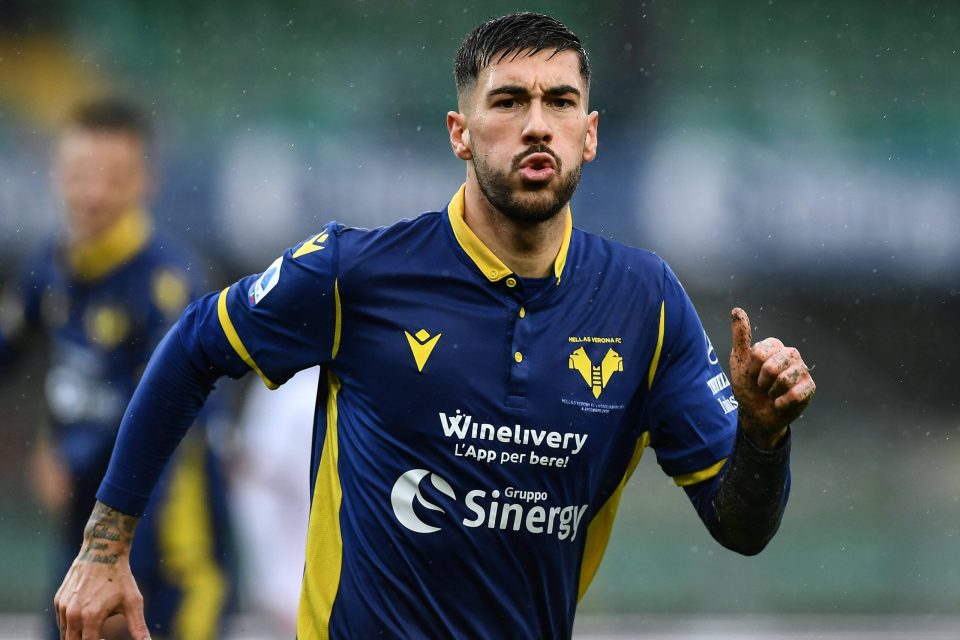 Hellas Verona president Maurizio Setti has confirmed that the club are in talks with Napoli over midfielder and rumoured Inter target Mattia Zaccagni.

Setti has also confirmed that the player is in fact interested in a move to the Azzurri club but insisted that nothing will be done until the summer transfer window as he will not be allowed to leave in January.

“We are talking about him with Napoli,” Setti remarked in an interview with Italian radio station Radio Kiss Kiss Napoli, earlier on today.

“The player is very interested in the Azzurri, but we won’t do anything until June.

“In January he will not leave Hellas Verona.”

Zaccagni has been strongly linked with a move to Napoli and has also seen himself linked with a potential move to Inter among several other clubs.

The Italian, who is contracted to the Stadio Marc’Antonio Bentegodi club through to the end of next season, has made 18 appearances across all competitions to date this season.

In little over 1300 minutes on the field, the 25-year-old, who has been with his current employers since 2013, has scored four goals and provided six assists for his teammates.

Zaccagni played 53 minutes against Inter during the Nerazzurri’s 2-1 win over Ivan Juric’s side on 23 December.