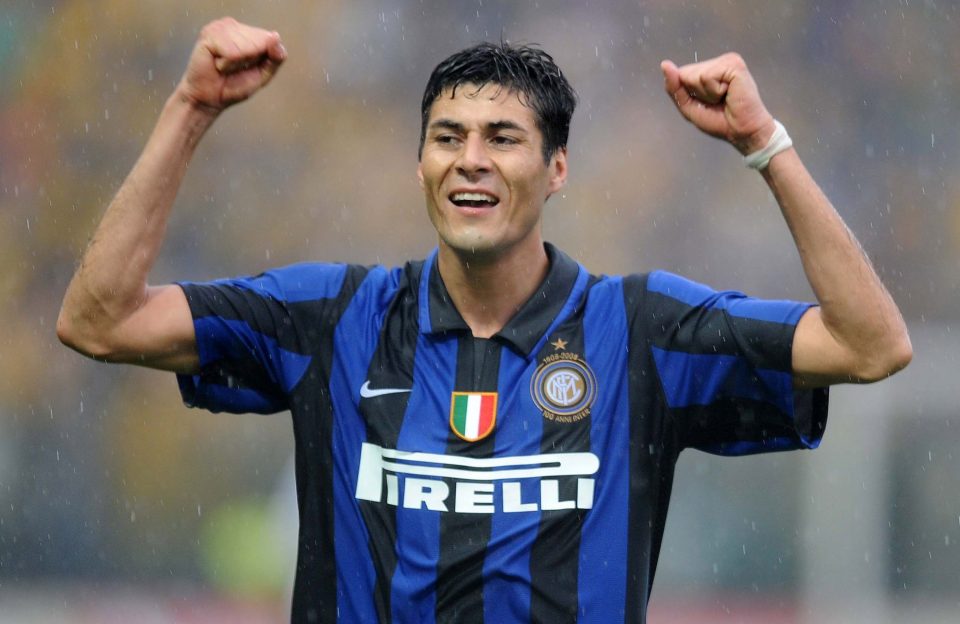 Former Inter striker Julio Cruz says he will never forget the experience of scoring in the Derby d’Italia against Juventus.

Cruz, nicknamed El Jardinero (the gardener), scored twice in a 3-1 win for Alberto Zaccheroni’s side at the Stadio Delle Alpi in November 2003, a game which saw current head coach Antonio Conte come on as a second-half substitute for the Bianconeri.

The Nerazzurri will face up to their arch rivals once again on Sunday night as both teams look to strengthen their Serie A title credentials.

“The match against Juve that I will never forget is the 3-1 in Turin in 2003,” Cruz explained in an interview with Inter’s official match day programme for this weekend’s big match at San Siro.

“All week the fans stopped us on the street and got us up for the game.

“It wasn’t an easy time for us, but we played the perfect match that day.”

Cruz also recalled his first time coming up against the Old Lady in his career.

“In 1996 I faced Juventus for the first time, in the Intercontinental Cup.

“I played for River Plate that day and I avenged that defeat over time, scoring many goals with Feyenoord, Bologna and Inter.”

The Argentine then went on to share what the favourite Inter shirt he wore during his time with the club was.

“I love the Inter shirt and its colours, but the one I most jealously guard is undoubtedly the one of the centenary, white with the red cross, it is wonderful.”

As with all interviews with players and former players in the match day programme, Cruz was asked to name his best five-a-side team made up of historic Inter players.

“In goals there would be Francesco Toldo, an extraordinary goalkeeper and great friend.

“Javier Zanetti would be in defence, he was captain and a teammate of mine at Banfield.

“In midfield, Esteban Cambiasso, who was a coach on the pitch and Dejan Stankovic, who was a force of nature.

“Up front there would be Christian Vieri; when I arrived at Inter it was Bobo and 10 others on the pitch.”

Cruz joined Inter in 2003 from Bologna and spent the next six years with the club before departing for Lazio.

In his spell with the club, Cruz made 197 appearances across all competitions, in which he scored 75 goals and provided 19 assists for his teammates.