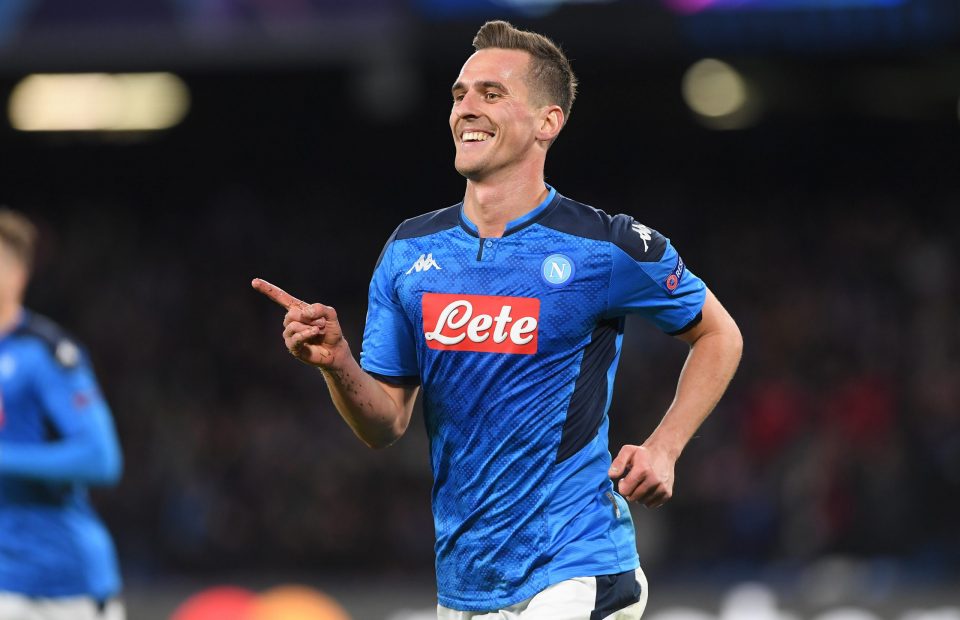 Marseille remain confident of securing a deal to sign Napoli forward and rumoured Inter target Arkadiusz Milik in January, according to a Spanish media report today.

As per TodoFichajes.com, the Ligue 1 club have had an initial offer of €8 million rejected by the Partenopei and are now prepared to go back in with a second offer of €10 million, although Napoli are asking for €15 million.

It seems like an agreement could be reached between the two clubs, however, with Milik running out of time to find himself a new club before he is stuck in Naples until his contract expires in the summer.

Marseille are said to be very optimistic completing a deal for the Poland international, a player Inter are reportedly interested in signing on a free transfer in the summer if he doesn’t leave Napoli in January.

Milik has been completely frozen out at Napoli this season, with no appearances to date under Gennaro Gattuso, after rejecting moves to Roma and Juventus last summer.

He has scored 48 goals in 122 appearances for the Azzurri since joining from Ajax in 2016.