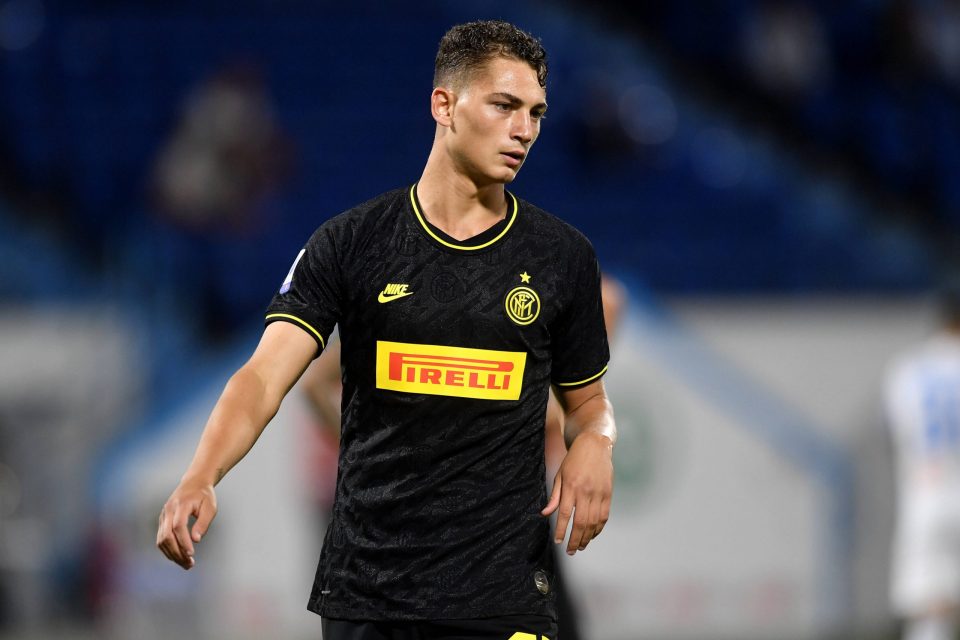 Inter forward Sebastiano Esposito has joined Venezia on loan for the remainder of the season, the Serie B club confirmed tonight.

Esposito spent the first half of the 2020-21 campaign playing for their promotion rivals SPAL, only to have the deal cut short in the January transfer window, as announced by the Biancazzurri earlier.

He fell out of favour under Pasquale Marino in Ferrara and now hopes to get more game time under his new boss Paolo Zanetti.

“Venezia announce they have reached an agreement with Inter for the loan of Sebastiano Esposito until 30 June 2021,” a statement on the club’s website read.

“Esposito has chosen the no. 70 shirt and will be available for selection starting from tomorrow’s match against Pordenone.

Esposito made 13 appearances in total for SPAL, scoring once in a 2-0 win against Pescara on November 21.

The 18-year-old himself confirmed his departure in an Instagram story on Friday, paying tribute to his older brother Salvatore who will remain at the club.

He will now move to Venice in a bid to resurrect his season, with the Lagunari’s sporting director Mattia Collauto telling reporters this evening that he was one of Italian football’s brightest young prospects.

Esposito made 15 appearances for Inter’s first team last season, scoring a penalty in the Nerazzurri’s 4-0 win over Genoa in December 2019.