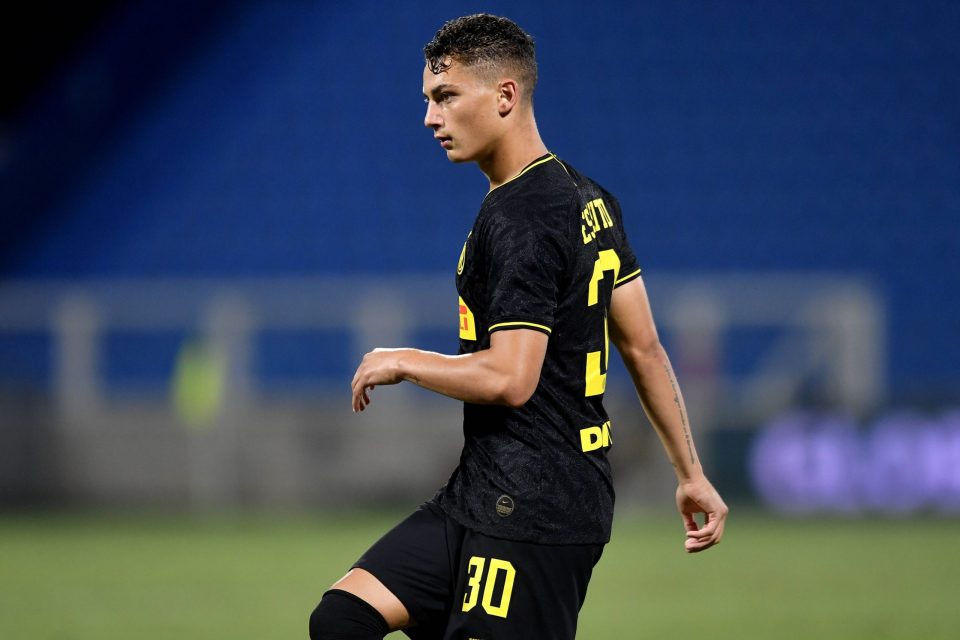 Inter youngster Sebastiano Esposito is one of the most promising young players in all of football at the moment, at least according to Venezia sporting director Mattia Collauto.

Esposito has joined the Serie B club on loan for the remainder of the 2020-21 season and at his official presentation today, Collauto was quick to sing his praises.

The 18-year-old struggled for game time at SPAL during the first half of the season but is hoping head coach Paolo Zanetti will give him greater consideration in Venice.

“Esposito does not need any particular introduction, he is a very young boy but he can already boast high-level experience because when you are so young and play at an important stadium like San Siro it means that you are an important player,” Collauto told the gathered journalists at the forward’s press conference.

Collauto then went on to admit that they did not have a player like Esposito already in their squad.

“We had the opportunity to bring one of the most promising players in all of football to Venice and thanks to the excellent relations we have with Inter and above all the desire of the player we were able to complete the deal successfully.”

Esposito made his Venezia debut at the weekend in their 2-0 loss to Pordenone and this was his 14th appearance across all competitions at senior level this term.

“In the squad we didn’t have a player with the characteristics of Sebastiano, because he has important qualities that allow him to play in all attacking areas.”

Esposito scored one goal in 13 appearances for SPAL but was an unused substitute for each of their last six games during his spell there.

The Italy under-21 international is a product of Inter’s youth academy and is under contract with the Nerazzurri club through to the end of the 2024-25 season.