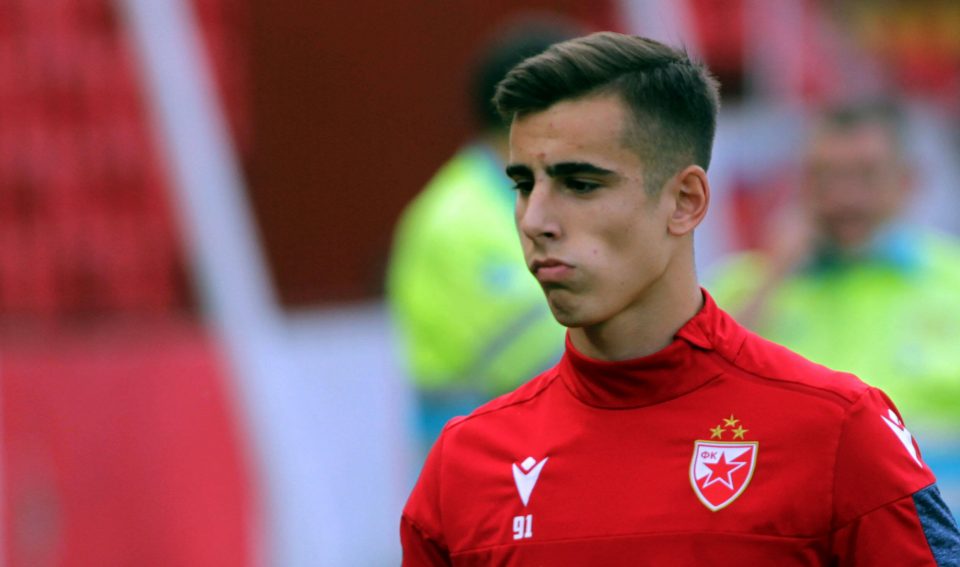 Inter, AC Milan and Benfica all have an interest in signing highly-rated Red Star Belgrade winger Andrija Radulovic, according to a Serbian media report.

As per Mozzart Sport, Raduolovic has caught the attention of the three clubs above despite having only made 13 senior appearances for the Serbian powerhouses.

Radulovic’s contract with Red Star Belgrade, who are managed by Inter legend Dejan Stankovic, is due to expire in 18 months.

The 18-year-old, who has represented both Montenegro and Serbia at youth team level, has scored two goals and provided two assists for Red Star, who are top of the Serbian SuperLiga after 19 games.

The same report claims that despite the promise that he has shown thus far, Red Star Belgrade could send him out on loan to second-tier side Grafičar for the remainder of the season.

“I know there is an opportunity to continue my career abroad or at one of the clubs of the Serbian first division,” Radulovic told the same source.

“In the coming days, in agreement with my family and the people who have been taking care of me since I arrived in Belgrade, I will decide what will be the best option for me at the moment.”