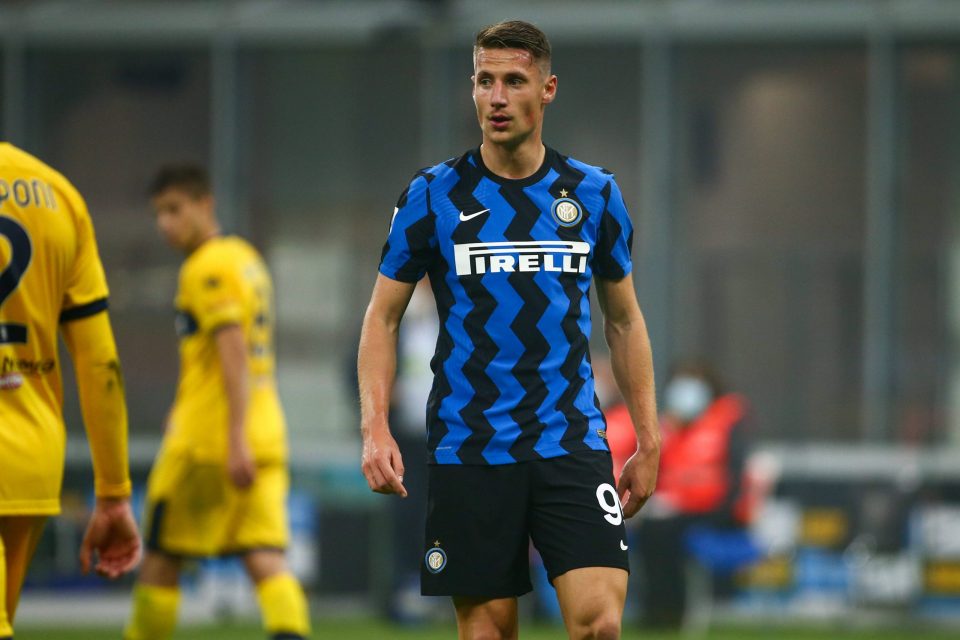 Inter informed Andrea Pinamonti’s agent Mino Raiola today that the striker will not leave the Nerazzurri in January, according to a report in Italy this evening.

Pinamonti was widely expected to leave the club during this month’s transfer window and seemed close last week to completing a loan move to Benevento.

However, FcInterNews.it have reported that Antonio Conte categorically refuses to let the Italy under-21 international depart until Inter have secured a replacement.

Benevento have also been made aware of Inter’s position and will now pursue other targets in attack, although they may come back in for Pinamonti at the end of the month if the Nerazzurri can find another striker in the meantime.

FcIN’s report also revealed Pinamonti rejected a move to Ligue 1 high-flyers Lille during the summer, deciding instead to stay in Milan and fight for a place in Conte’s starting XI.

He has made just three appearances in all competition this season and is unlikely to receive many more opportunities between now and the end of the campaign if he stays.