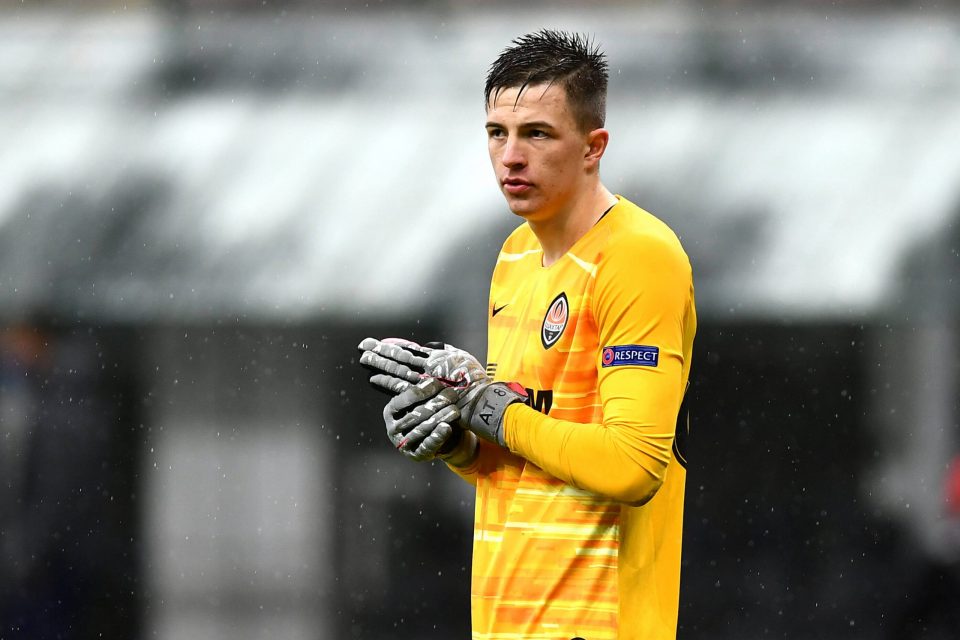 As per FCInter1908.it, Inter’s scouts are monitoring the talented 19-year-old after he impressed in Shakhtar’s two matches against the Nerazzurri during the UEFA Champions League group stage.

Yuriy Danchenko was asked by the Italian news outlet about the Ukraine under-21’s future but he refused to be drawn on a potential switch to Inter.

“Many clubs are showing their interest in the player, but at the moment I prefer not to talk about his future.

“Are Inter among the clubs that have come forward? It is a secret.”

Trubin is a product of Shakhtar’s youth academy and has a contract with Ukrainian Premier League side through to the end of the 2023-24 season.

After making a few appearances last season he is enjoying a breakthrough campaign under Luis Castro, having featured 13 times in all competitions for Shakhtar this season, keeping five clean sheets.