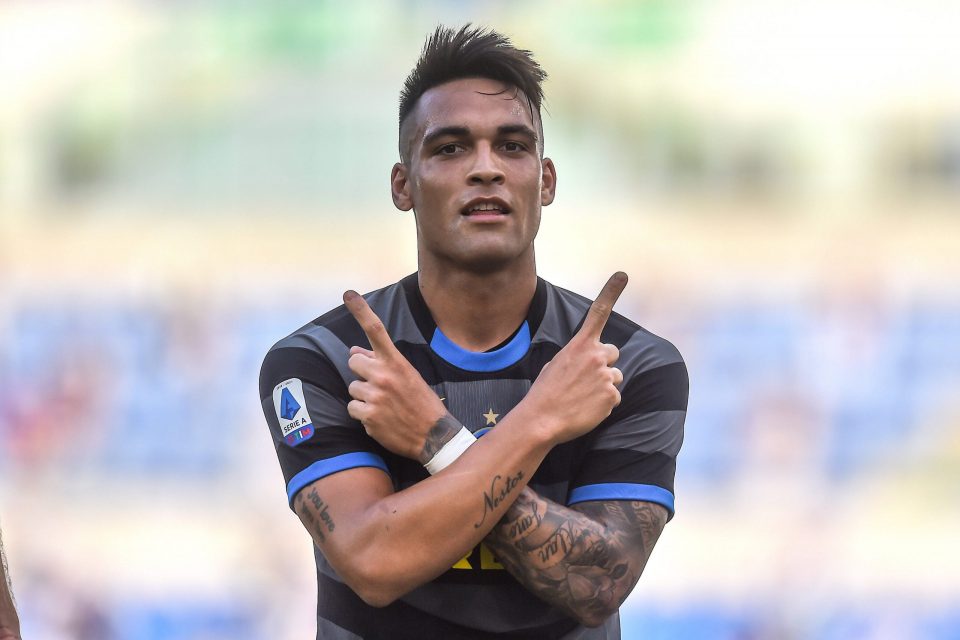 Beto Yaque, who looks after Lautaro’s interests alongside Rolando Zarate, was pictured at Inter’s headquarters a short time ago and was thought to be there to resume negotiations over El Toro’s new deal at the club.

However, he has told reporters upon emerging from the meeting that this was not the case.

“We brought today’s meeting due to the issues surrounding COVID-19,” he explained, without specifying what the meeting was for, as quoted by Italian news outlet FCInterNews.it.

“Lautaro is happy at Inter, but we have not talked about the renewal or even the €111 million release clause.”

The Argentina international is under contract with Inter through to the end of the 2022-23 season but has been frequently linked with a move away from the club, with Barcelona and Manchester City among those to have previously expressed an interest.

This season the 23-year-old, who joined Inter back in 2018 from Racing Club, has made 25 appearances across all competitions to date.

In his time on the pitch, he has scored 10 goals and provided five assists for Antonio Conte’s side.