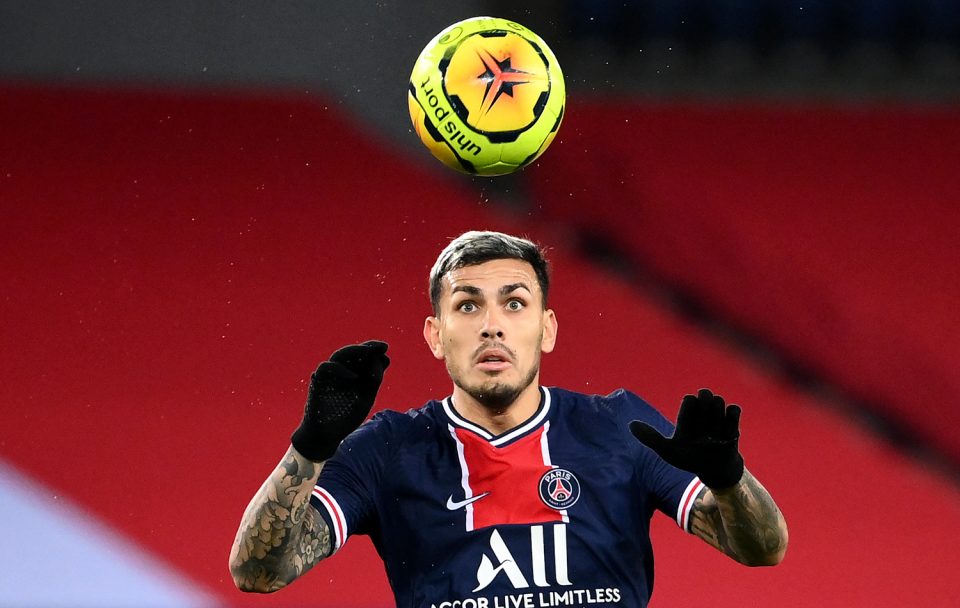 Paris Saint-Germain midfielder Leandro Paredes has confirmed he will not leave the Ligue 1 leaders in January.

Inter were linked with a move for the Argentina international earlier in the transfer window, when they were reportedly looking to arrange a swap deal involving Christian Eriksen.

Paredes was reported at the time to be keen on staying in Paris and the midfielder clarified his future in a press conference today.

“There’s a lot of talk about my future but I will stay here,” the 26-year-old said, as quoted by FcInterNews.it.

“I have great teammates and a good coach and I hope I can stay here for many years.”

Paredes has made 69 appearances for PSG since joining from Zenit St Petersburg in 2019, scoring once and providing three assists.

He played for Roma, Chievo and Empoli during a three-year stay in Serie A, with 54 appearances for the Giallorossi, before leaving for Russia in 2017.

Former Tottenham Hotspur boss Mauricio Pochettino recently replaced Thomas Tuchel as PSG’s head coach and it is possible Paredes wishes to stay so he can work with his fellow Argentine.

Inter have long since given up on signing Paredes in January and are hoping to offload Eriksen to a club in the Premier League, potentially Spurs or Arsenal.