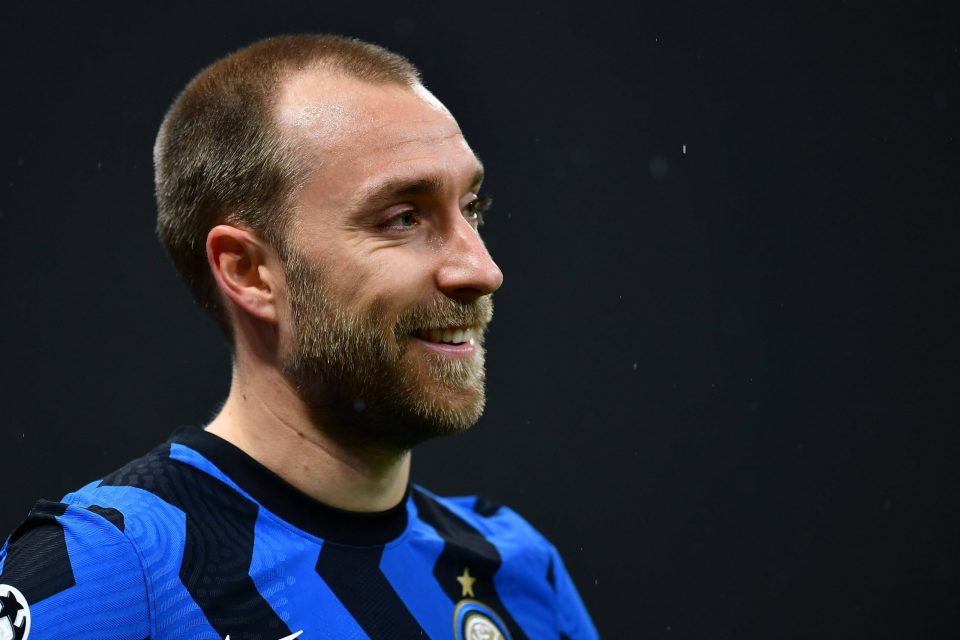 Inter’s transfer activity is currently ‘in the freezer’ but that could change if Christian Eriksen is sold, according to an Italian media report today.

As per Corriere dello Sport’s print edition, the Danish midfielder is the player most likely to leave the Nerazzurri in January but there have still been no serious offers for him.

Intermediaries are continuing to offer Eriksen out to Premier League clubs, with Leicester City said to be enticed by the prospect of signing the 28-year-old as they look to push for the Premier League title.

Eriksen’s former club Tottenham made Inter an offer of a free loan deal recently but that was deemed unacceptable, because Inter want a paid loan with the player’s wages covered.

The Rome-based publication states that with each day that passes, the more likely Eriksen is to remain in Milan.

Andrea Pinamonti was also thought to be on his way out of Inter in January but the forward’s departure is blocked at the moment due to a lack of a replacement.

Inter have been offered plenty of players including Divock Origi, Graziano Pelle and Eder.

The Nerazzurri have also been strongly linked with Atalanta’s Papu Gomez, while the report claims that it will be difficult to set up a swap deal with Torino over Simone Zaza, who has also been linked.