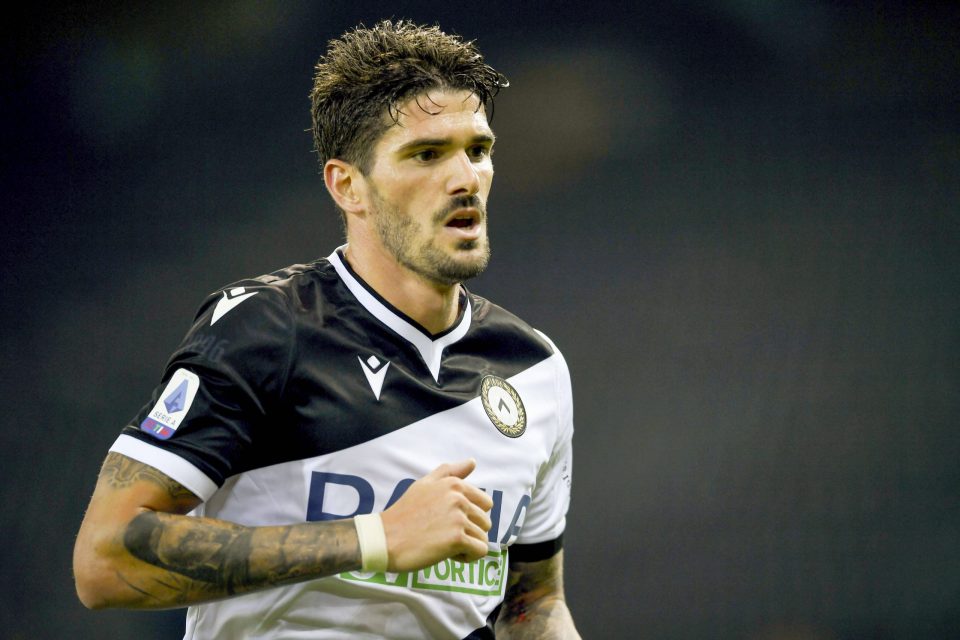 Udinese’s talisman Rodrigo de Paul is ready to make the switch to a big club, according to former Inter defender Massimo Paganin.

A report in the Italian media yesterday stated that the Nerazzurri have an agreement in principle with the midfielder for a transfer in the summer.

De Paul will get the chance to impress Antonio Conte in the flesh tonight when Udinese host Inter at the Dacia Arena.

“Is De Paul ready for a big club? Yes, we are talking about a 26-year-old, who still has room for improvement,” Paganin told Messaggero Veneto, in an interview which appeared in Friday’s print edition.

“His experience playing for the Argentina national team has increased his level of confidence.”

Paganin, who played for Inter between 1993 and 1997, then went on to share his thoughts on today’s game in Udine, where Conte’s side will be seeking a 10th win in their last 12 last games.

“It will be a match in which one-on-one duels will count for a lot and it will be necessary to win them,” he explained.

“Inter are looking very good in midfield at the moment.

“Arturo Vidal, Marcelo Brozovic and Nicolo Barella are in great shape and in addition to this, the Nerazzurri have two very good forwards in Lautaro Martinez and Romelu Lukaku.

“Udinese do not like to sit back and they play with a bit of a high defensive line and for all of these reasons they will have to pay great attention in order to get a result.

“I’m sure Luca Gotti will have studied the match very well.”

Inter head into the match 13 places clear of Udinese in the Serie A standings and are no less than 23 points better off than the Bianconeri.

Conte’s men will finish the first half of the season as ‘winter champions’ if they win and AC Milan lose at home to Atalanta.