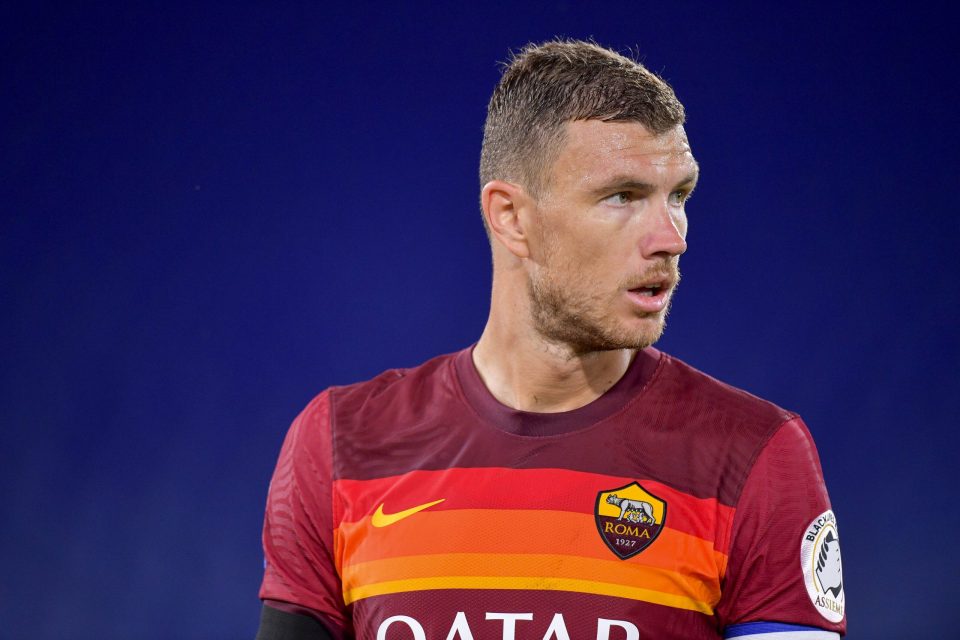 Inter are continuing to monitor Edin Dzeko’s situation at Roma after the striker fell out with head coach Paulo Fonseca, according to an Italian newspaper report today.

As per Corriere dello Sport’s print edition, Dzeko’s exclusion from the squad for this past weekend’s Serie A clash with Spezia could well mean the end for the Bosnian forward in a Giallorossi shirt.

The rift between Dzeko and Fonseca does not look to have repaired itself and for this reason, Roma management are thinking about offloading Dzeko.

In talks between the club and the player’s agent, it emerged that the former Manchester City player would like to play for a top club.

Real Madrid came forward and offered an exchange with Mariano Diaz but things never took off and even Barcelona conducted some enquiries.

Juventus would really like Dzeko and would be ready to offer Federico Bernardeschi and Sami Khedira in a swap deal but Roma have no interest in either player.

Inter are also interested and contacts between the clubs are continuing after Roma’s offer to swap Dzeko for Christian Eriksen was refused by the Nerazzurri’s owners Suning.