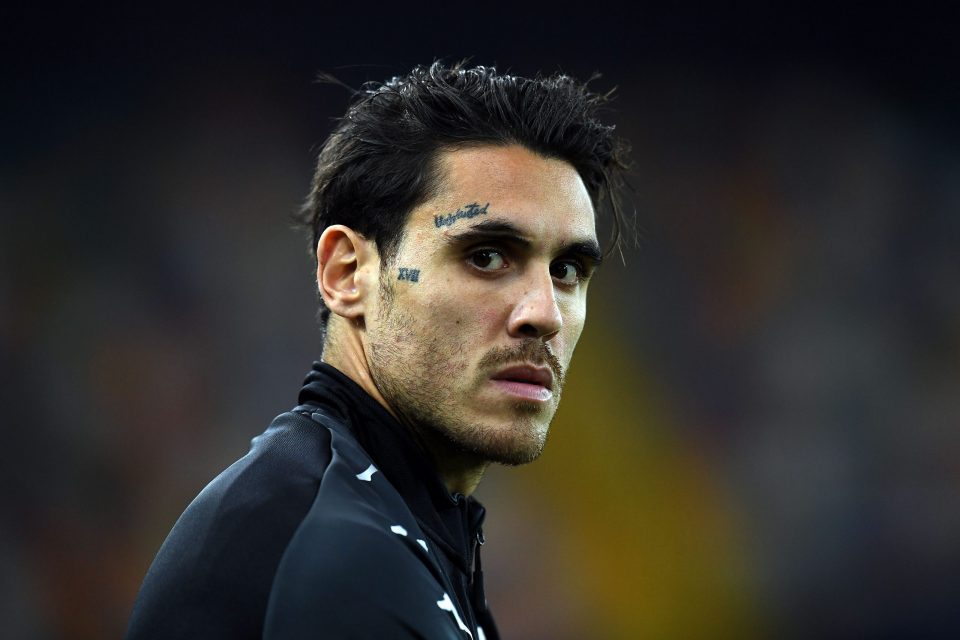 Benevento midfielder Nicolas Viola has warned Inter they will not roll over for the Nerazzurri again when the sides meet on Saturday.

Antonio Conte’s men welcome the Giallorossi to San Siro for matchday 20 in Serie A, having beaten them 5-2 at the Stadio Ciro Vigorito back in September.

Benevento were playing only their second game back in the top flight since being promoted from Serie B and Viola is confident they will put up a better fight this weekend.

“It will certainly be a different Benevento side from the one that played in the reverse fixture, although Inter are always Inter,” Viola explained in an interview with Otto Channel.

“You need the right concentration, otherwise you risk losing.

“You need to give something more to try and cause them problems.”

Viola, who has only just returned from injury, then admitted that Inter impressed him last time the sides faced off and named the Nerazzurri as one of the favourites to go all the way and win the Serie A title.

“The Nerazzurri impressed me so much from a physical point of view, as did Lazio and Atalanta.

“The midfield we have will give us more balance but it will not be easy.

“At the Meazza we will be facing a super team which is favourite to win the title.”

Heading into this weekend’s Serie A action, Inter are sitting in second place with 41 points to their name after 19 games.

Benevento are meanwhile sitting in 11th in the standings with 22 points to their name, having drawn 2-2 at home to Torino in their last league outing.