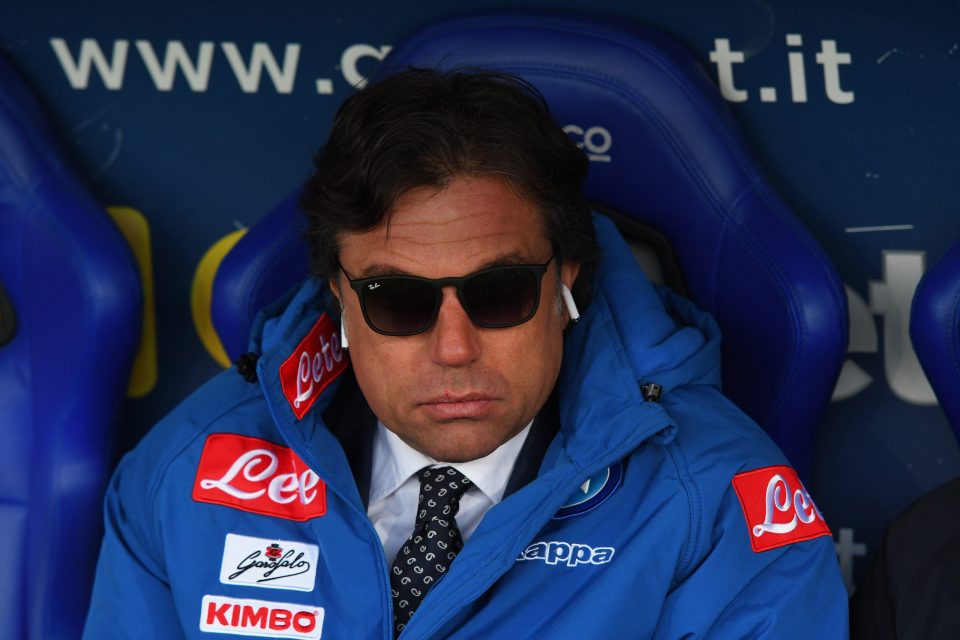 Inter could hire Napoli’s Cristiano Giuntoli as their new sporting director if the club is sold, according to an Italian media report today.

As per Gazzetta dello Sport’s print edition, the Nerazzurri are one of several clubs interested in Giuntoli.

There has been talk in the media that a change of ownership at Inter will likely lead to a restructuring of the management team at the club and it would appear as if Giuntoli could possibly be part of that reshuffle.

A report elsewhere in Wednesday’s papers suggested chief executive Beppe Marotta’s future at the club was uncertain if Suning sold Inter to BC Partners or another interested party.

Giuntoli, who is under contract with Napoli for a further two and a half seasons, has held his position at the Partenopei club since the summer of 2015.

The 48-year-old has also held the sporting director position at Carpi, a position which he held between 2009 and 2015.

In his final season with the now Serie C side, he played a part in them securing their maiden promotion to Serie A.