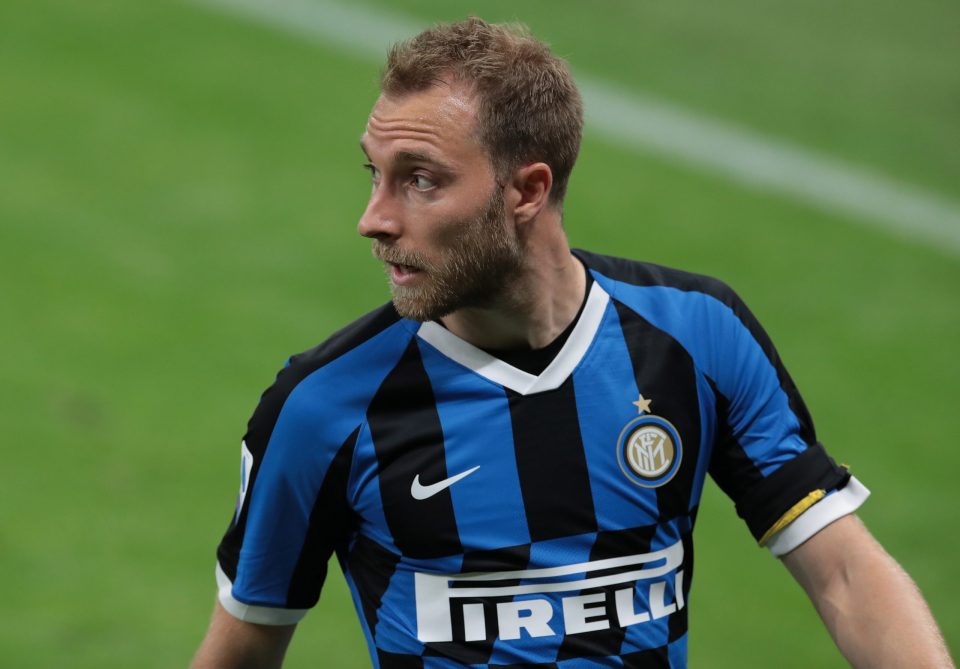 Christian Eriksen is expected to get another chance as Inter’s midfield play-maker against Benevento on Saturday.

Sky Sport Italia tonight reported Antonio Conte was considering giving Marcelo Brozovic a rest against the Giallorossi, when the Nerazzurri will begin the second half of their league campaign.

Eriksen would start in the Croatian’s place in the same position he trialled during the Coppa Italia last 16 tie at Fiorentina on January 13.

The report said Conte would try to make the most of Eriksen’s stoppage-time winner against AC Milan on Tuesday by allowing him to build momentum with a first start in the league since December 13, when Inter visited Cagliari.

Conte will make five changes in total from the XI that started the Derby della Madonnina in midweek, with half an eye on Tuesday’s Coppa Italia semi-final first leg at home to Juventus.

Andrea Ranocchia should replace Stefan de Vrij in the centre of defence while Alessandro Bastoni will come in for Aleksandar Kolarov on the left-hand side.

Achraf Hakimi is also due to return to the starting line-up at right wing-back, with Matteo Darmian back on the bench, while Ivan Perisic will keep his place ahead of Ashley Young on the opposite flank.

Lautaro Martinez should come back in up front ahead of Alexis Sanchez.