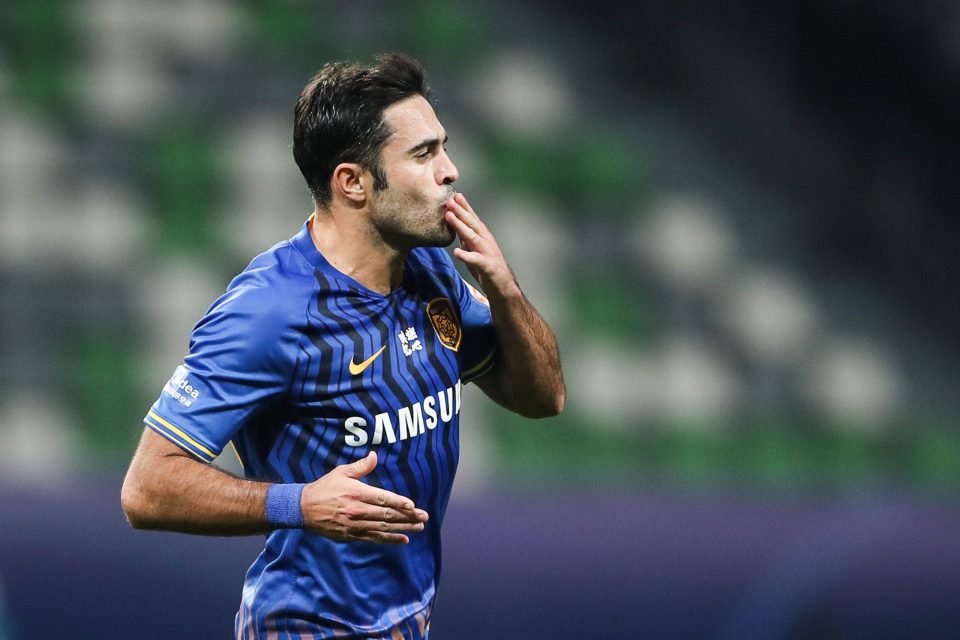 Inter were again offered the chance to re-sign their former striker Eder by his agent today, according to an Italian media report.

As per FCInterNews.it, Eder is looking to leave Inter’s sister club FC Jiangsu in January but talks over a last-minute move to Serie B club Monza have fallen through.

Tulio Tinti is sounding out possible suitors and met the Nerazzurri at their headquarters today, telling Inter Eder was available if they needed a striker before the end of the transfer window.

Inter’s policy of not signing anyone until other players are sold first has not changed, though, meaning the 34-year-old will not be returning ‘barring incredible surprises’.

Tinti also used his visit to continue talks with Inter over a contract extension for Alessandro Bastoni, another of his clients.

There is already a draft contract in place, but as with other players Inter are looking to sign to new deals, Bastoni will have to wait until there is more clarity on the corporate front before the contract can be signed and made official.

Tinti also told Inter during their meeting that Andrea Ranocchia, a third player he manages, has received interest from fellow Serie A clubs Parma and Torino.

It is however difficult to imagine Antonio Conte sanctioning Ranocchia’s departure, even if he is a player who has barely featured at all this season, because he is first back-up to Stefan de Vrij in the centre of Inter’s back three.