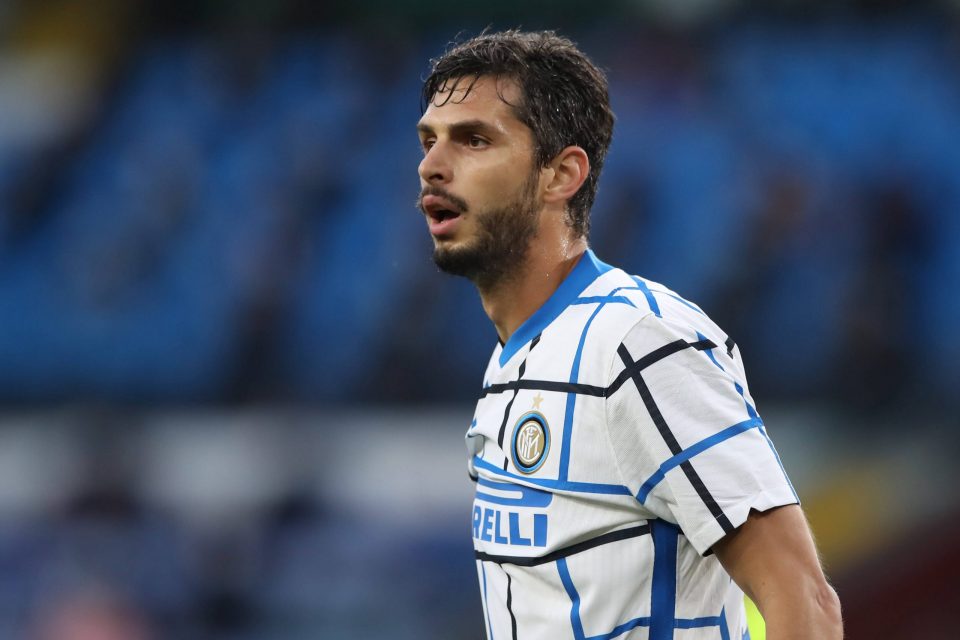 Parma have revived their interest in a deal for Inter defender Andrea Ranocchia, according to a Italian media report today.

As per TuttoMercatoWeb, the Ducali are looking to bring in an experienced defender to reinforce coach Roberto D’Aversa side in January.

Inter were reported earlier this month to have rejected Parma’s advances for Ranocchia and it is probable they will do so again, with Antonio Conte unlikely to let him leave unless a replacement can be found.

Ranocchia has found playing time very hard to come by this season but remains the Nerazzurri’s first back-up for Stefan de Vrij in the middle of Conte’s back three.

Torino’s Nicolas N’Kolou, Roma’s Federico Fazio and Bestikas’s Domagoj Vida are also options being considered by Parma, who are sitting in 19th placed in Serie A after 19 games.

Ranocchia, who came close to moving to Genoa in the last transfer window, has made just four appearances this season, in which he has provided a single assist.