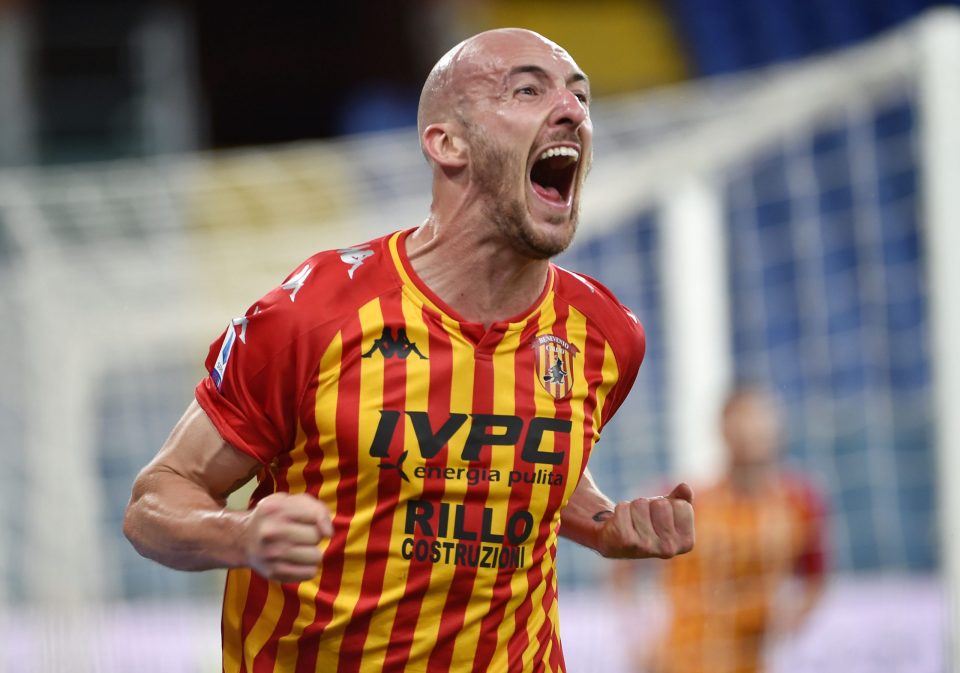 Benevento defender Luca Caldirola has warned Inter to expect a much improved Giallorossi side when they meet in Serie A at San Siro tonight.

Inter ran out comfortable 5-2 winners over Pippo Inzaghi’s side at the Stadio Ciro Vigorito back in September, with Benevento playing their second game since regaining promotion to Italy’s top flight.

Tonight’s visitors now sit 11th in the Serie A standings after 19 games, eight points clear of the relegation zone.

“We are more of a team now than we were in the reverse fixture,” Caldirola, who spent 11 years in Inter’s academy and made one senior appearance in a Champions League match against CSKA Moscow, argued in an interview with Corriere del Mezzogiorno.

The 29-year-old then proceeded to speak on what it means to him to San Siro, before touching upon how he expects Inter to perform following last weekend’s disappointing goalless draw at Udinese.

“Coming back to San Siro always has certain effect on me,” Caldirola admitted.

“Inter will be very fired up for this game after the draw with Udinese.”

Antonio Conte’s side head into this match sitting in second place in the standings, two points behind Serie A leaders AC Milan, who visit Bologna this afternoon.