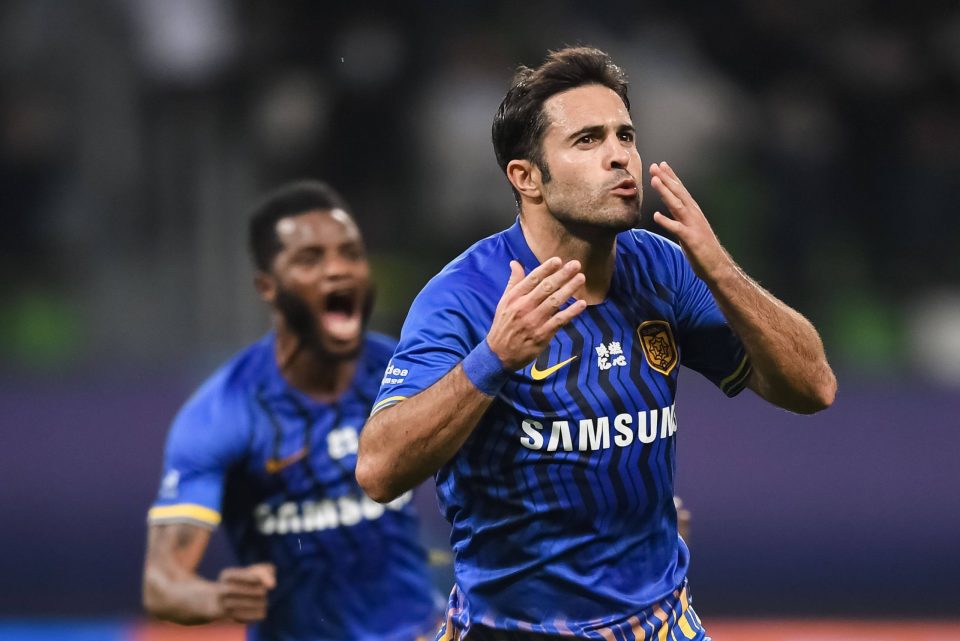 Inter could end up re-signing their former striker Eder in January after all, according to Gianluca Di Marzio.

The Nerazzurri are in talks with Roma over a loan swap involving Edin Dzeko and Alexis Sanchez, with further developments expected tomorrow after Piero Ausilio met the Giallorossi’s sporting director Tiago Pinto tonight.

As per Di Marzio, Antonio Conte would be happy to sign Dzeko but at that point he could ask Inter for another forward with the same characteristics as Sanchez to balance out his attacking options better.

Inter could grant his wish by sending Andrea Pinamonti out on loan, with Parma and Bologna linked elsewhere earlier, and bringing Eder back from their sister club FC Jiangsu.

Eder has been linked with a return to San Siro throughout the January transfer window and was again offered to the Nerazzurri when the forward’s agent Tulio Tinti visited their offices on Thursday.

The 34-year-old scored 14 goals in 86 appearances for Inter during his previous two-year spell at the club, before moving to the Chinese Super League in 2018.

Conte would like Pinamonti to head out on loan to enjoy more game time, although the Italy under-21 international was himself mooted as a possible makeweight in the swap deal involving Dzeko and Sanchez in a report from Gazzetta dello Sport this evening.