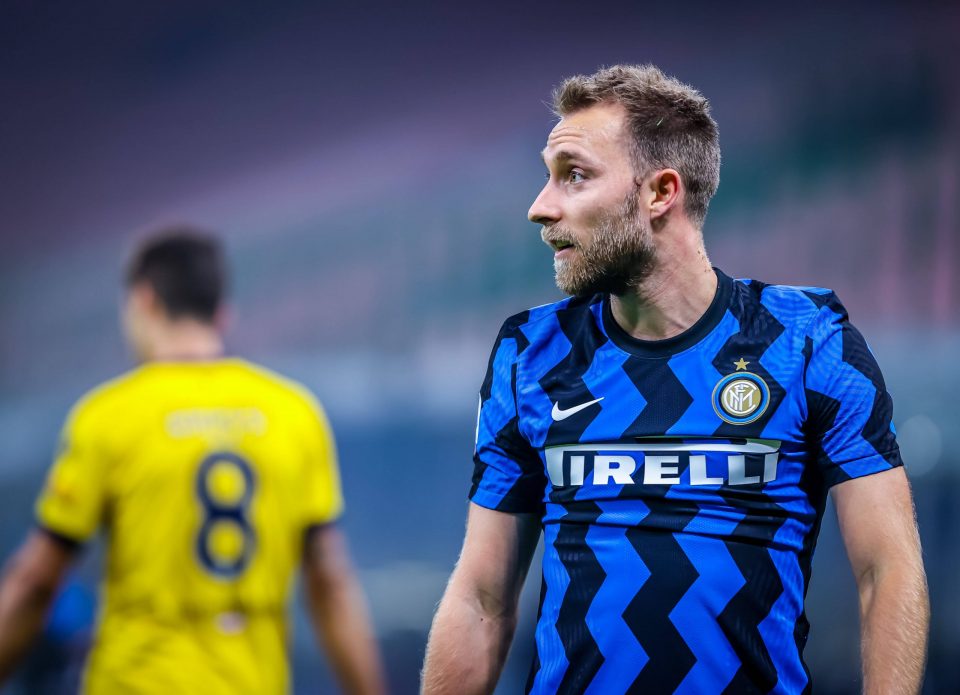 Inter chief executive Beppe Marotta has insisted that Christian Eriksen still has a big role to play for the Nerazzurri this season.

In recent matches Eriksen has been deployed in a deep-lying playmaker role, instead of his natural role of attacking midfielder, and the Dane has showed promise despite playing in an unfamiliar position.

He came on as a second-half substitute during Tuesday’s 2-1 defeat to Juventus in Inter’s Coppa Italia semi-final first leg.

“Eriksen is certainly an important player for Inter,” Marotta remarked in an interview with Italian broadcaster Rai Sport following the Derby d’Italia disappointment at San Siro.

“I care to underline that Inter is a great club where everyone is considered a first-choice option, and where even those who are out have the opportunity to show their qualities and give something to the coach when called upon.”

The former Juventus executive also commented on the spat between Inter’s Romelu Lukaku and AC Milan’s Zlatan Ibrahimovic in the recent Milan derby, which the Italian Football Federation are now investigating with a view to further punishing the players.

Both players shared some choice words with the other in the heated exchanged and each received a booking for their part in the incident, but there could potentially be a longer ban around the corner.

“My feeling is that it was not a nice moment for football, not very educational,” Marotta admitted.

“Executives, coaches and players must transmit educational values ​​to young people and what we have seen there was not nice.

“I know Lukaku very well, he is a good boy who does not have aggression in his DNA but I do not want to fuel controversy.

“I hope this episode can be closed quickly and better managed in the future.”