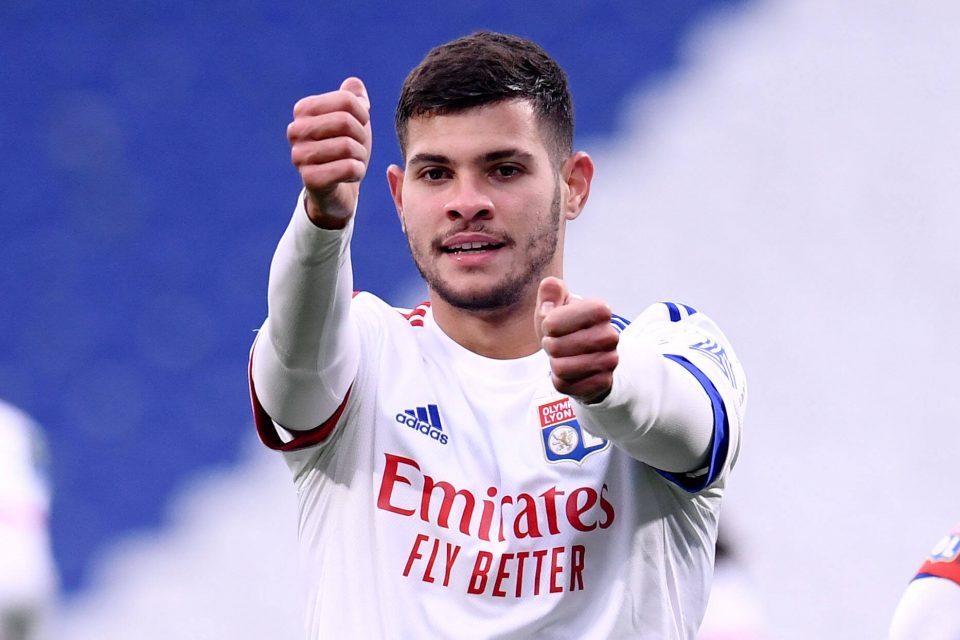 Inter have made a preliminary approach for Lyon midfielder Bruno Guimaraes, according to a report in Italy tonight.

As per FcInterNews.it, the 23-year-old has impressed the Nerazzurri’s scouts this season, with Rudi Garcia’s side second in Ligue 1 after 23 games.

Guimaraes has made one appearance for the Brazilian national team and is valued €30 million by Lyon.

Inter’s enquiry for the midfielder was reported by Italian-based journalist Andersinho Marques, but he did not specify whether they had approached Lyon or the player’s agent Giuliano Bertolucci.

FCIN confirmed talks could not develop in the short term because of Inter’s well known financial difficulties, but they said the parties could reconvene ‘further ahead’.

Guimaraes is described in the report as a physically strong midfielder with good vision, who has made 20 appearances in Ligue 1 this season.

He scored in Lyon’s 3-0 win over Reims on November 29 and provided his only assist of the campaign in a 1-1 draw at Lorient in September.